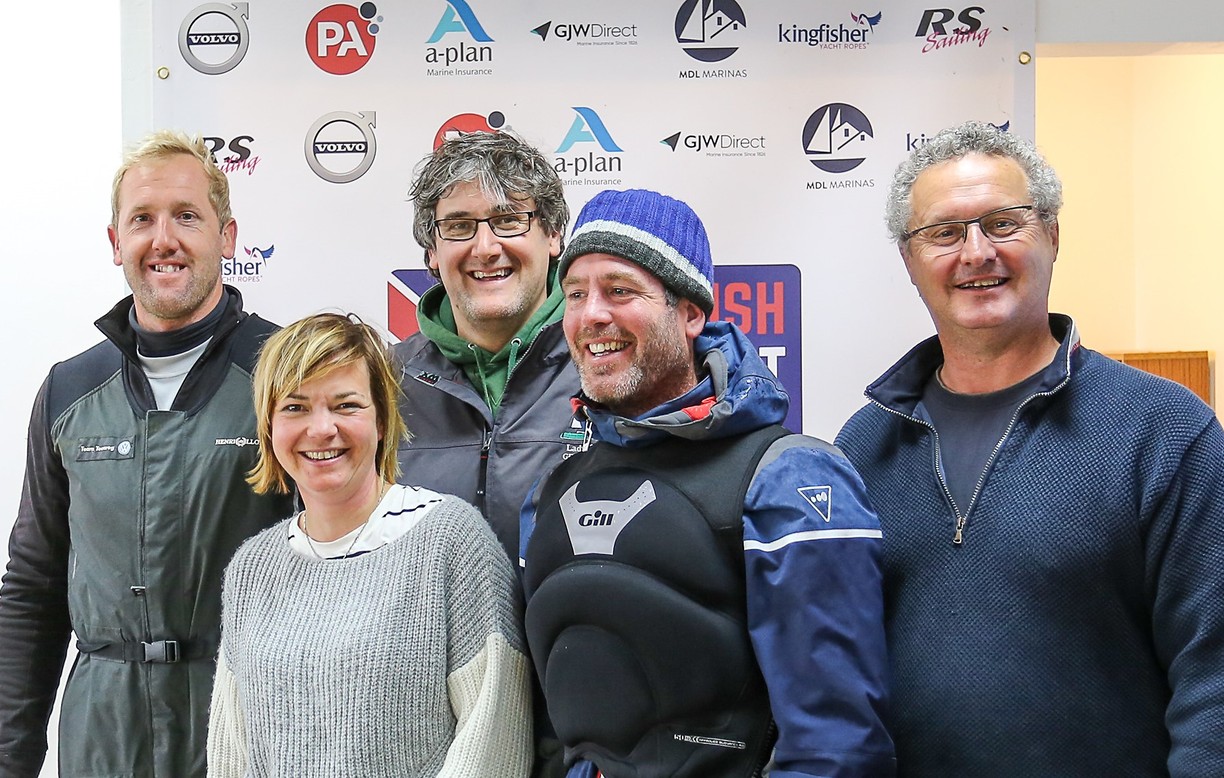 A delighted team from Ullswater Yacht Club took first place in the British Keelboat League event held at the club on May 5 and 6.

Five teams from clubs all over the country took part in the first heat of the national series, racing against each other in short races over two days in a fleet of RS21 keelboats, supplied by RS Racing.

A total of 16 races were run on Sunday in gusty, shifting NW winds. Overnight, the home team - Jono Shelley and his brother Ben and their friends Graham Priestley and his wife Selina, were in the lead, winning eight out of the 13 races they sailed. Royal Windermere Yacht Club were second with Royal Thames Yacht Club, close behind in third place.
On Monday, the winds were lighter, as predicted, building slightly, then dropping, throughout the day but race officer David Clarke managed to get in a further seven races to complete the event. The UYC team struggled in the lighter breeze but had such a large lead from day one that still managed to clinch the overall title. Royal Thames YC had a better day on the water, moving into second. Both teams will go on to take part in the final of the series which will be held at Royal Thames Yacht Club in September.

Jono Shelley, team skipper said: "What a difference a day makes. The team have been carrying me around the course today. Thankfully we had a really good run yesterday to make up for today. I am so excited to sail in the final with my best mates and my brother. What could be better."

UYC had two teams in the event with the youngest competitor in the event, ten-year-old club Topper sailor Spirit Alderson, crewing for the other team. This is the first time the club has run the event and the national organisers said it had been a huge success – all down to the hard work and commitment of UYC race officer David Clarke and his team of club volunteers who all did UYC proud.