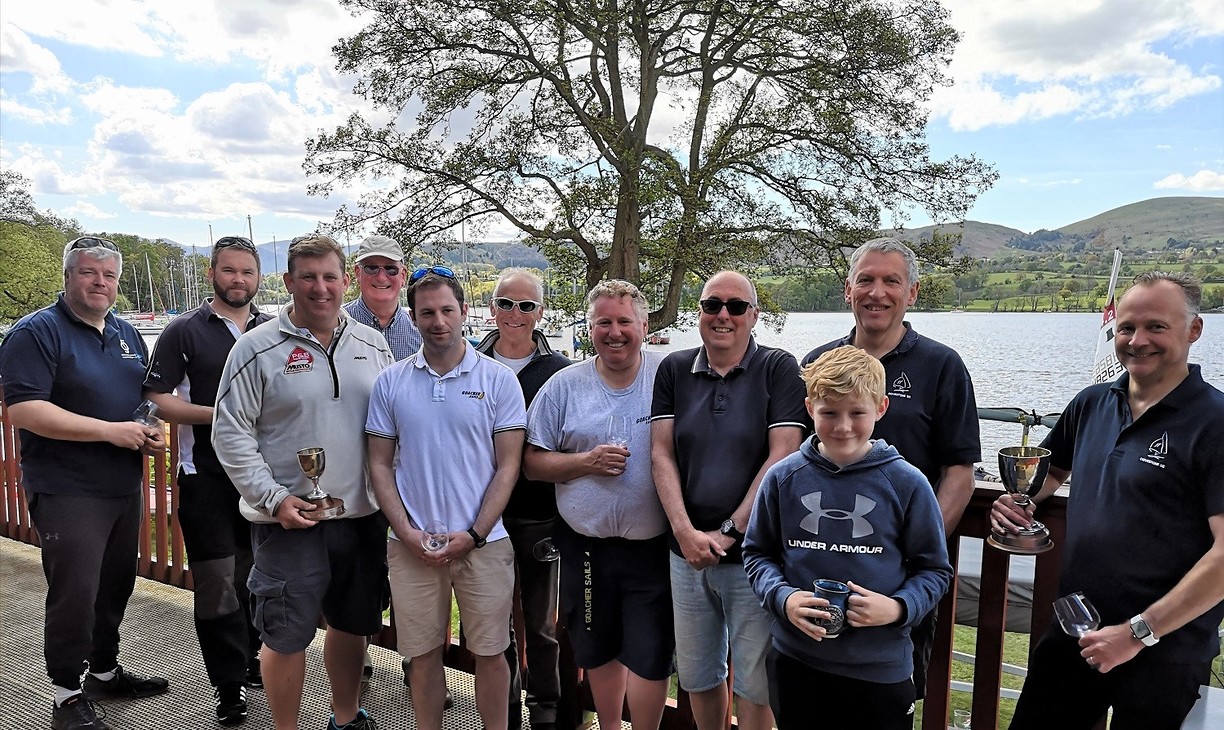 Three firsts out of five races won David McKee and Mal Hartland of Dovestone SC the Flying Fifteen Northern Championships at Ullswater Yacht Club on May 11 and 12. A total of 25 boats with visitors from all over the country took part in the event, sailing five races in shifting winds over the two days.

Race officer John Robson and his team took the course to the Northern end of the lake for three races on Saturday with a wind forecast that was not very promising. The wind freshened slightly and was vaguely Westerly so the course had to be set across the width of the lake. The short legs led to plenty of confusion at the marks with many boats arriving at the same time. There were also some vicious gusts, one arriving just as the fleet was finishing race one on a downwind leg with nowhere to go but Waterside campsite!

After three races on a combination of windward/leeward and Olympic-style courses, the Dovestone duo had two firsts and were overnight leaders. First place on the final race of the day was taken by Nathan Batchelor and Richard Rigg of Tynemouth SC and several other boats were up there in the results with a chance, Steve Goacher and Tim Harper of Royal Windermere YC were in second place overnight and Mike and Joe Preston of Blackpool and Fleetwood SC third. So it was all to sail for on the Sunday.

But the forecast for Sunday was even less promising and after a delay looking at a glassy lake, race officer John Robson sent the boats round the corner from the club in bright sunshine amid stunning Cumbrian scenery with Helvellyn in the far distance. The race officer's hunch proved correct and a light fluctuating breeze arrived, enough to start a race. This time the direction allowed for longer legs down the length of the lake and slightly less fraught mark-rounding. McKee/Hartland came first again and, after a delay, the final race got away and was won by Goacher/Harper. Their first place was enough to give them second overall and Mike Preston, crewed by Joe Preston and Chris Robinson, were third.

Thanks go to all the volunteers who helped make the event such a success.

This is the link to the full results:
https://ullswateryachtclub.org/open-event-results-1/flying-fifteen-northerns-may-11-12-2