Ullswater Yacht Club's juniors really flew the flag at RYA North Regional Junior Championships at Derwent Reservoir Sailing Club on September 24 & 25. A total of 25 keen young sailors took part in the event, winning the trophy for the biggest entry from a North-West Club for the third year in a row as well as the NW Development Club Trophy for the biggest increase in sailor numbers.
They raced in all the different fleets, OnBoard for newcomers, Regatta and Championship. The Tera fleet at the club has boomed in popularity in the last year and took the top three girls' spots in the Tera Championship Fleet - 1st Olivia Dembinska (6th), 2nd Laia Priestley (9th), 3rd Emily Burrage (10th).
UYC Sailing Manager Edmund Clarke said: "It was a great effort all round. I would like to say a massive thank you to all the parents for taking the children to the event and to Chris Mulholland of UYC who gave up his weekend to help support the children. Next year we are hosting the Northern British Youth Champs on June 18 & 19."
Phil Burrage's excellent album of pictures from the weekend is here:
https://flic.kr/s/aHsmWPGbPL

Well done to six of our talented young juniors who not only sailed well but have also written their own reports of the event - Martha Sargeant, Reuben Dorey, Aggie Priestley, Jessica Warner, Anna Watkins and Laia Priestley.
Onboard Fleet report
I went to the RYA Junior Championships at Derwent Reservoir. I was in the OnBoard fleet. My instructors were Harriot, Edmund, Alan and Paul. I was very nervous when I arrived but felt better when we got on the water because we were having fun. On Saturday there was not much wind so we sailed a triangular course but had to lie on the front of our boats and paddle with our arms for most of it because the wind vanished :-) !!!! After lunch there was still no wind so we did capsize practice. Yippee! It was lots of fun.
On Sunday there was a lot more wind which was exciting because we could sail fast. I put two reefs in my sail and got on the water and sailed much faster than Saturday. The wind got really strong so we beached the boats and tied them together and then tied them to the RIBs and the instructors towed us back. In the afternoon the wind picked up even more so we did bin bag sailing. This is where you take your mast, boom and sail off your boat and somebody steers and somebody holds a bin bag up to catch the wind. I had a BRILLIANT weekend and can't wait for next year because I hope I will be able to move up into the Regatta Fleet.
- Martha Sargeant, age 8

Regatta Fleet reports
This was my first experience of racing in a Regional Championship. There were sailors from all across the region including Molly Wilson our friend from Filey. It was very tricky most of the time. On the first day it was so light we only managed to get a few practise starts and paddle races done. The next day was so windy many of us capsized, but we persevered. The UYC youth and junior sailors did a great job and won 2 trophies: the North-West biggest increase in sailor numbers from the previous event and the North-West club with most sailors overall.
- Reuben Dorey, age 8

At Derwent in the Regatta Fleet we practiced our starts. We couldn't do racing in the morning but in the afternoon we did starts and a bit of racing. On Sunday it was much windier so we could do much more racing. When we did starts my dad told me and my friends Molly and Jessica to stay near the committee boat and that is why we had good starts and good races in the afternoon. Then it was prizegiving and we won the club prize and we had 25 kids from Ullswater. It was really fun when you just got out on the water. I sail a Tera and there was 10 Teras in the Regatta Fleet and there was lots of Toppers in both fleets. The Regatta Fleet flag was red stripes and yellow stripes. And it was very fun.
- Aggie Priestley, age 7

I really enjoyed Derwent because the races were really fun. It was nice to sail on another different lake and make new friends whilst I'm out on the water. I liked the triangle/sausage courses they set because I hadn't sailed them before and so it was good experience.The wind on Sunday was good because I went really fast and didn't capsize. The wind on Saturday was also good because I got to practice in light wind. Winning the team prize was amazing because it's not often we have that many of our sailors at events.
- Jessica Warner, age 8

Topper Championship report
Full of anticipation 10 of us UYC members participated in the Topper Championship races with a total of 37 Topper racers at Derwent Reservoir. With Chris's and Edmund's instructions ringing in our heads we waited with nervous excitement for the races to begin however for us this did not happen until 2.30pm on the Saturday due to poor constant wind speed of below 5 which didn't help the nerves.
Eventually when on the water we made our way to the start which took an age and luckily got one race in before heading back ashore. Even though it was only one race in light winds it was eventful for UYC with some of us not quite getting the results we were hoping for. However it gave us a feel for the course and competitors that we would be facing on Sunday and we were eager to learn from our mistakes and with Chris's rule of 'man up princess' we headed into Sunday's racing.
This was a challenging but fun day which consisted of 4 back-to-back races in stronger winds of an average of 15 with gusts in the low 20s, with capsizes by many on the course and a few protests thrown in. Everyone came back ashore having worked hard but with a smile on their face feeling they had given their best on the water and raced well in challenging racing conditions with some even sustaining injuries / boat problems and finding the wind overpowering.
It was a great experience for us all and such fun being a big group supporting each other. We are looking forward to entering next year's junior championships at UYC in June.
- Anna Watkins, age 12

Tera Championship report
At the Derwent Championships on the first day there was no wind at all so the race had got postponed. We stayed on shore all morning until the time came for lunch. After eating we were very happy to hear that we could go out but it took us about an hour to get there because of the wind. Luckily when we arrived there was lots more gusts coming through at the end of the reservoir so the races got a bit more exciting. When the RS Teras were off start line the racing began. We had to go up the beat 3 times then went on to a reach and back down the run to the finish. In that race I came 5th.
The next day there was lots of wind so we were out in no time off to the course which was the same one. It was getting tricky for me because I was the smallest there so I had to hike out a lot more to keep the boat flat. The races were a lot quicker to get round because of the wind. In total there was 5 races, all back-to-back, then we went in. At the prizegiving Ullswater got the team prize 1st 2nd and 3rd girl and two spot prizes. I was most proud of getting round the course and completing every race.
- Laia Priestley, age 9 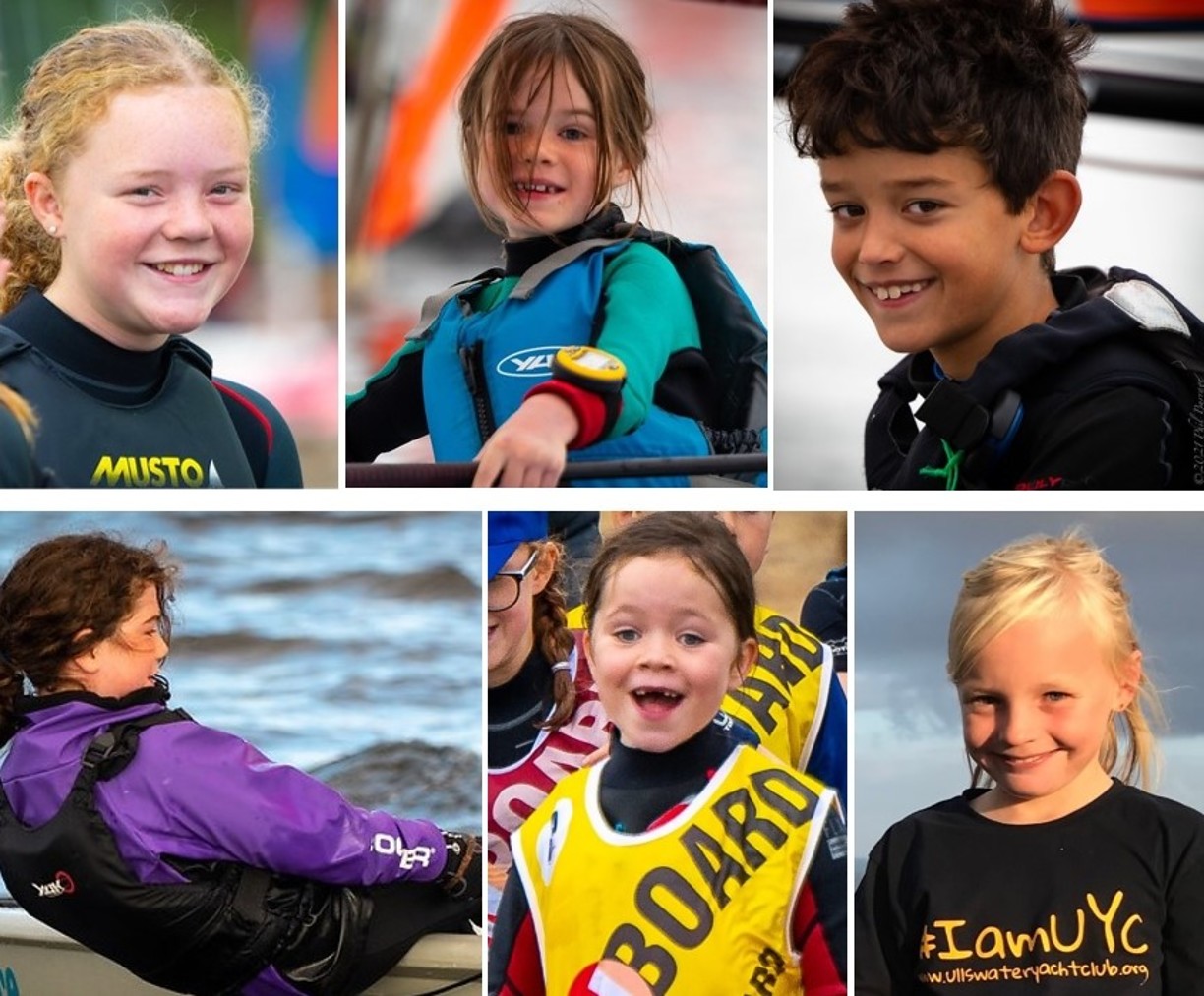