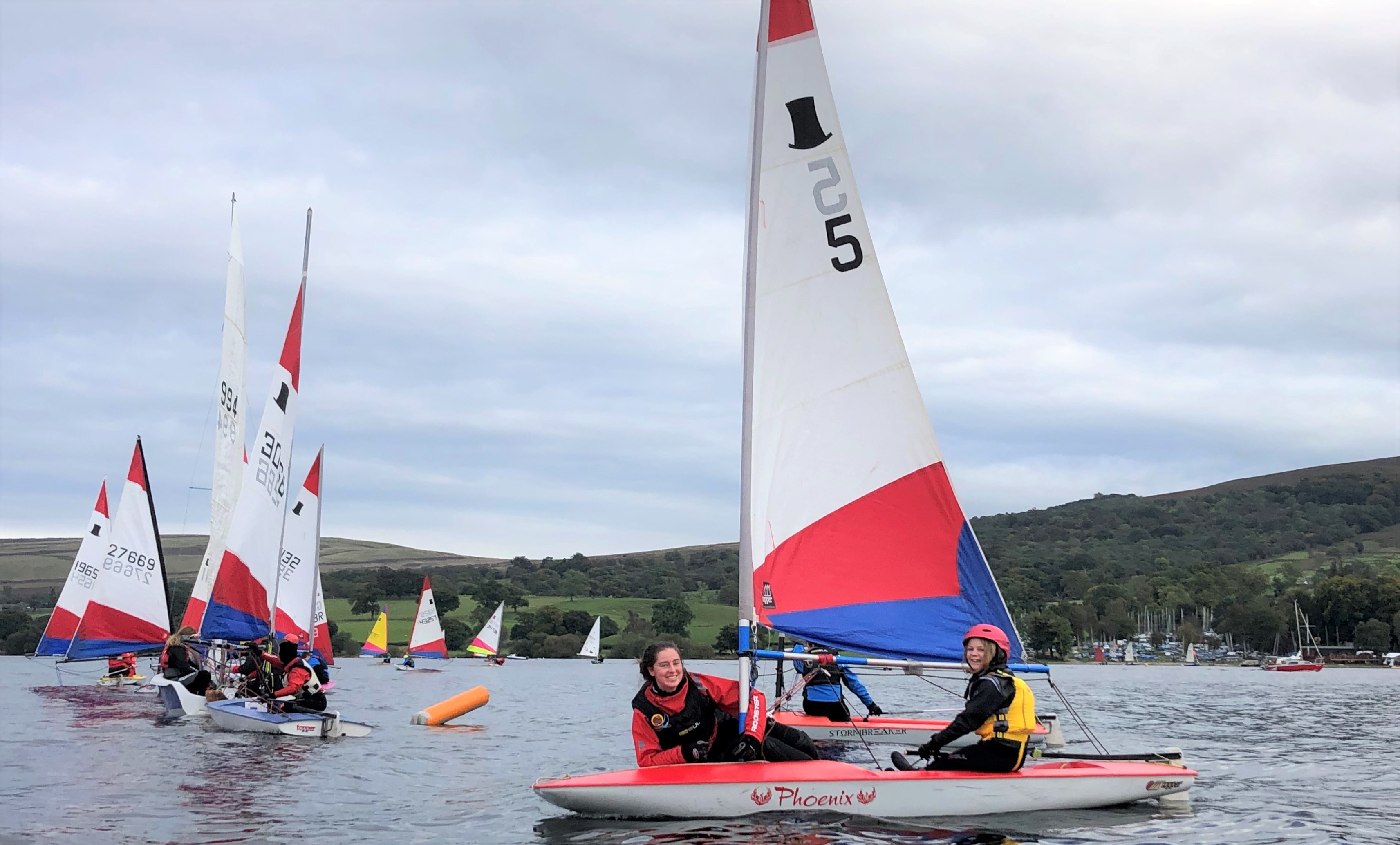 A total of 22 boats took part in the Nippers Nip one-day junior event at Ullswater Yacht Club on Saturday, October 16. It marked the culmination of a very successful junior racing season at the club. With only a gentle breeze forecast, the young sailors were surprised when they arrived to find 'white horses' on the lake.
With the breeze whistling through the dinghy park, the youngsters were looking a tad nervous while the race team were getting ready with 'Plan B', just in case. Fortunately the wind eased sufficiently to get everyone afloat, in some cases accompanied by instructors just to ease the nerves. They were in boats ranging from single-handed RS Teras to a very noisy Laser Stratos crewed by a group of sailors who were intent on enjoying every minute.
The boats hit the start line with some jostling and shouting and a couple found themselves over the line. With order restored, the faster boats stretched away but there was still plenty to play for once the handicaps came into the equation. The second race saw the breeze drop further but with dark clouds appearing, it looked like race three could get quite spicy. After a shortening of the course, the team got race three away with everyone still toughing it out for a tight finish to the event. Despite a few capsizes, everyone came ashore grinning and looking forward to the cakes that awaited courtesy of the support team their families.
Edmund Clarke, Sailing Manager at UYC commented: "It was great to see this group of young sailors progressing and developing their skills. It's not just about the sailing, watching them come together as a team is fantastic."
There were trophies to be handed out - but everyone was a winner as they were all out there on the water.
Prizewinners
Nippers Nip Winner, Ranulph Turton
UYC under 10 Cadet Champion, Jessica Warner
UYC under 12 Cadet Champion, Joss Watkins
Robin Barrett prize for Topper Cadet for the Season, Ranulph Turton
UYC Cadet Series Champion, Olivia Dembrinski
The young sailors and their families have also been celebrating their success away from the club. An enthusiastic group of racers has been travelling to events all over the North this season.
Team UYC who have taken part in the 2021 Royal Yachting Association NW Youth & Junior Travellers Series won the trophy for the club with the most entries. The trophy was presented to keen travelling racers Jessica Warner and Reuben Dorey and is now on display in the UYC clubhouse. UYC is sharing the trophy with Hollingworth Lake Sailing Club near Rochdale but are aiming to have at least one more UYC entry in 2022!

Here's a link to an album of pictures from Nippers Nip: ttps://flic.kr/s/aHsmX67egx 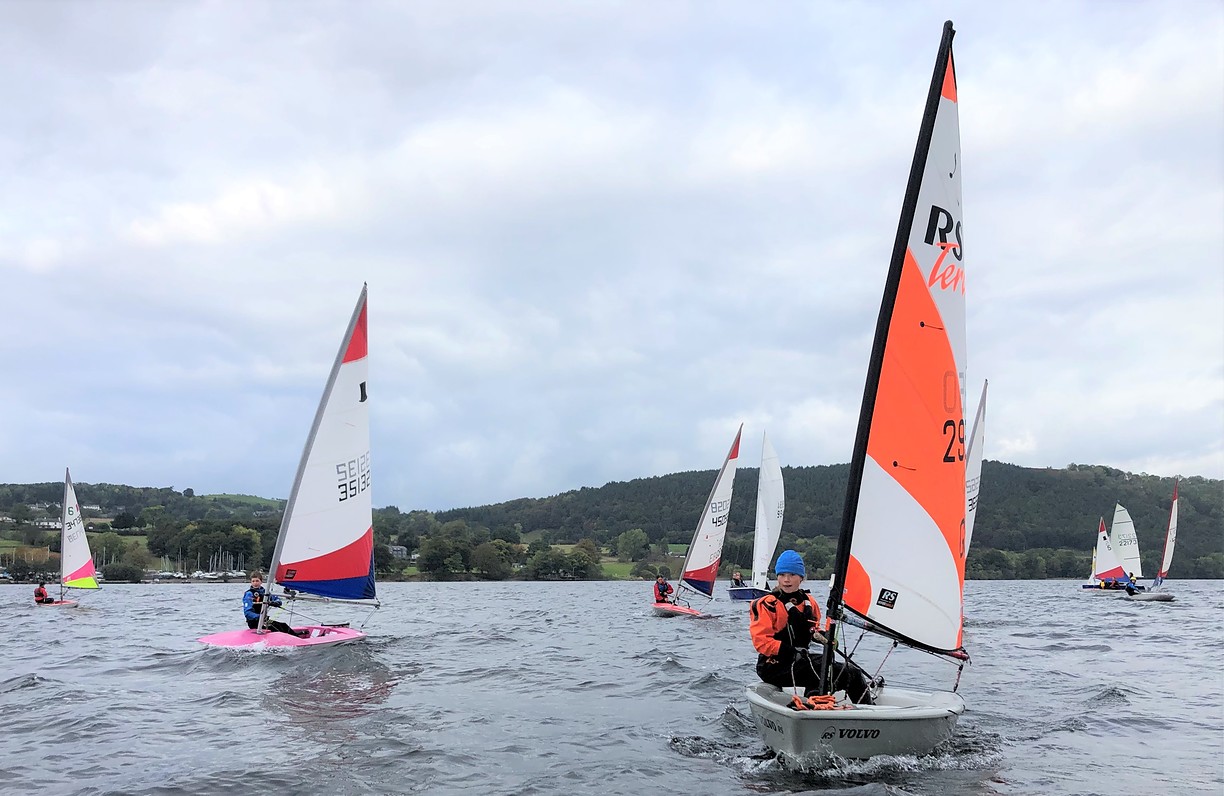 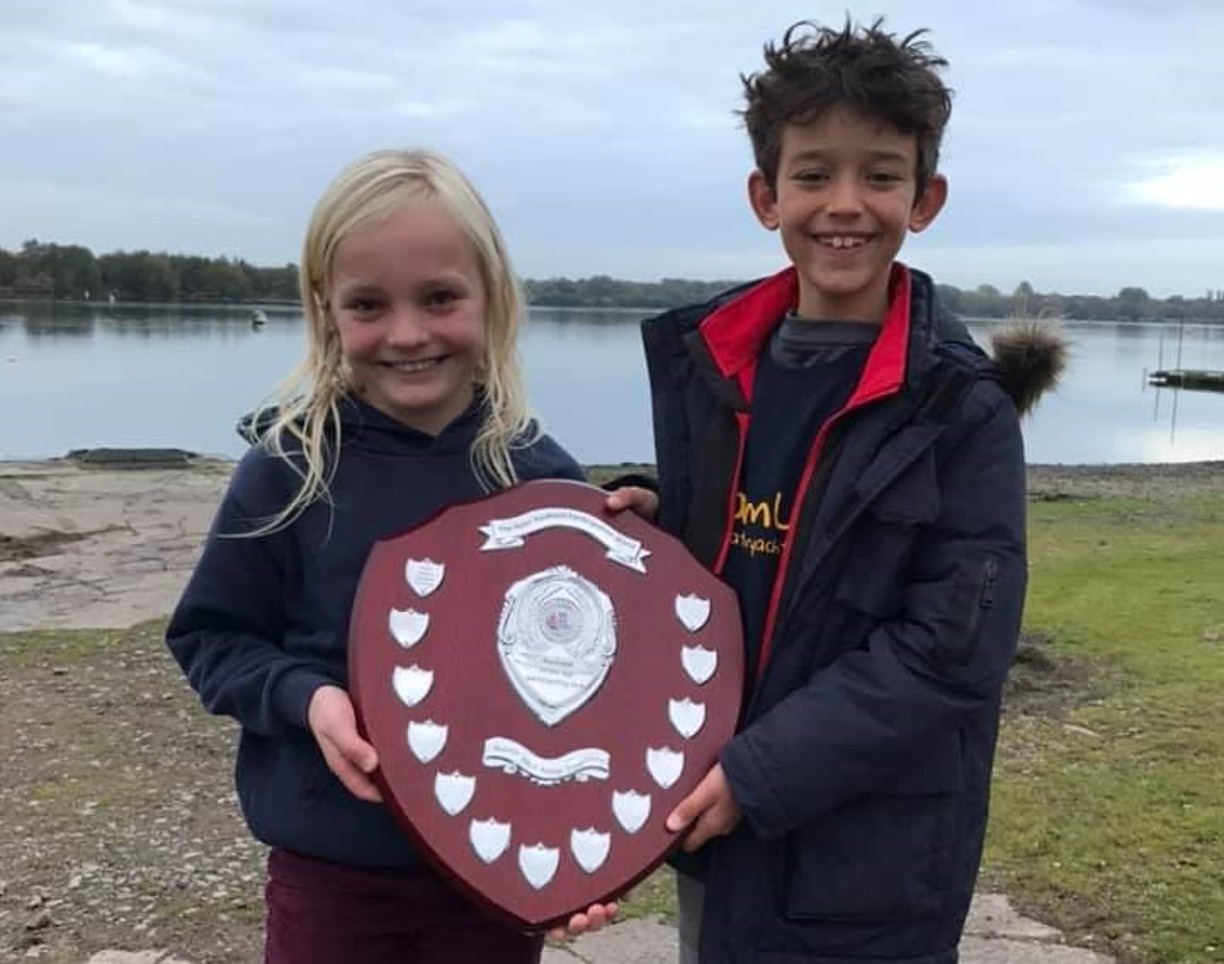