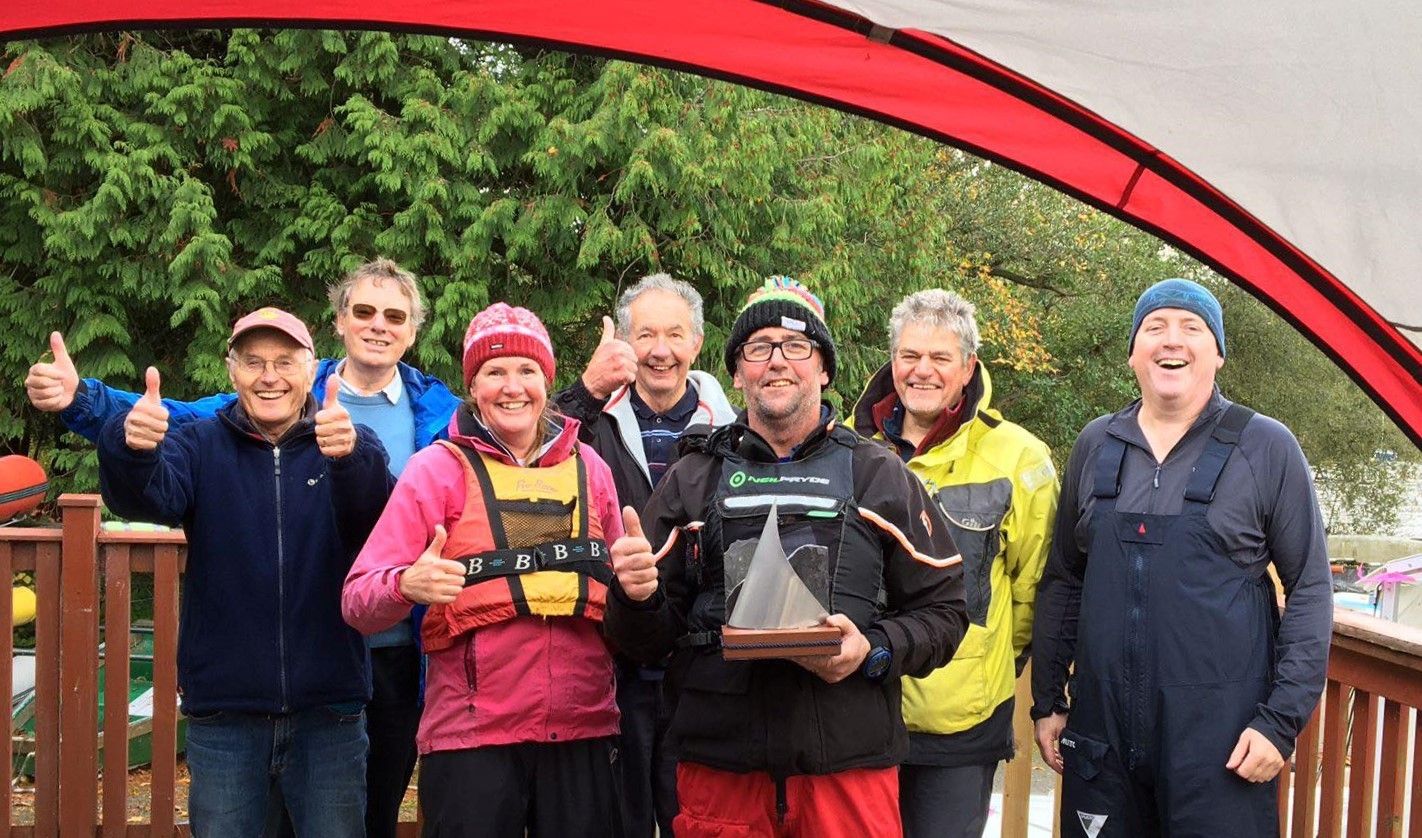 Three Hunter Europas battled it out on Ullswater on Saturday, October 16, for a new trophy in the Hunter Final Fling. The six super-competitive Ullswater Yacht Club helms and crews, who have enjoyed the tightest of racing all season, decided to round it off with their own final showdown. They even had a new trophy for the new event, made by crew Neil Sayer. Hunter helm Sam Harding described what happened:

"With only three Hunters left on the water to battle it out for the trophy, it really was the final fling. Not many trophies get unveiled to the 'Rocky' theme tune in the weeks leading up to this event. Beautifully made by Neil Sayer to tempt the Hunter sailors to race for one final time against each other without any factors of handicaps to consider. Game on.
The wind did not let us down. It blew much stronger than initially forecast and with less than 30 minutes to start two boats changed down to a smaller genoa. Gamble or not? Colin Brown, cruiser fleet captain, set the course to keep us in the windy side of the lake. I'll have a word with him later.
It was a clean start with exhilarating beats upwind to Halsteads. Tommo helming Shoestring crewed by Neil Sayer was first around the windward mark, closely followed by Sam Harding in Suki and Ray Harle in Gazelle. Attempts to fly spinnakers were soon abandoned in the gusty conditions and the larger genoa of Ray Harle's was paying off downwind, closing the fleet into a very tight race at the end of the first lap. However, upwind too much sail (or not enough weight on board) caused leeway helm with Tommo and Neil seeming to have found the 'Goldilocks' spot to extend their lead. Tommo must have been feeling the pressure as the gap closed again downwind, but ultimately he won deservedly in a fabulous battle that will stay with me for the long winter months and energise my efforts to come back stronger next year.
A big thanks to all for a very memorable day."