Nine-year-old Josh Watkins and George Davidson love sailing their single-handed Toppers at Ullswater Yacht Club where they are junior members. But being good friends, they also thought they would like to sail together in the same boat. They had seen Feva double-handers at the club and reckoned that a Feva would be just the right for them.

The two boys were staying at UYC for the annual Family Week from August 10-14 when, at the start of the week, they discovered a Feva at the back of the club site that seemed to be abandoned. They found out that it was owned by the club's Ullswater Sailing School and it had been earmarked for disposal because of its condition. Josh persuaded the club's Sailing Manager Edmund Clarke to let them have a go at cleaning it up. They set to, with their friends and parents, and spent the whole of Tuesday working on the boat. They cleaned it up, sorted out the trailer and got help repairing the sail.

"It was a real team effort. The boys were so determined to make a good job of it. It was all their idea and everyone else joined in to help", said Josh's dad Neil. The Watkins family, from Cockermouth, Neil and Ruth and their children Anna, Josh and Charlie, joined the club last year and are enjoying learning about sailing and developing their skills.

By Wednesday the Feva was smart enough to go on the water and the boys were allowed to use it for the rest of the week. They even joined in with the weekly club Wednesday night Twilight Race, Josh on the helm and George crewing, and came a creditable sixth on handicap out of a fleet of 13. They also sailed it on the Thursday when Family Weekers in 12 boats of all types took part in a long distance leisure sail seven miles south to Norfolk Island and had a picnic at nearby Silver Bay, then sailed back.

"They did an excellent job and it was great to see how well they sailed together," said Sailing Manager Edmund. "We are proud to have such enthusiastic junior members in the club." 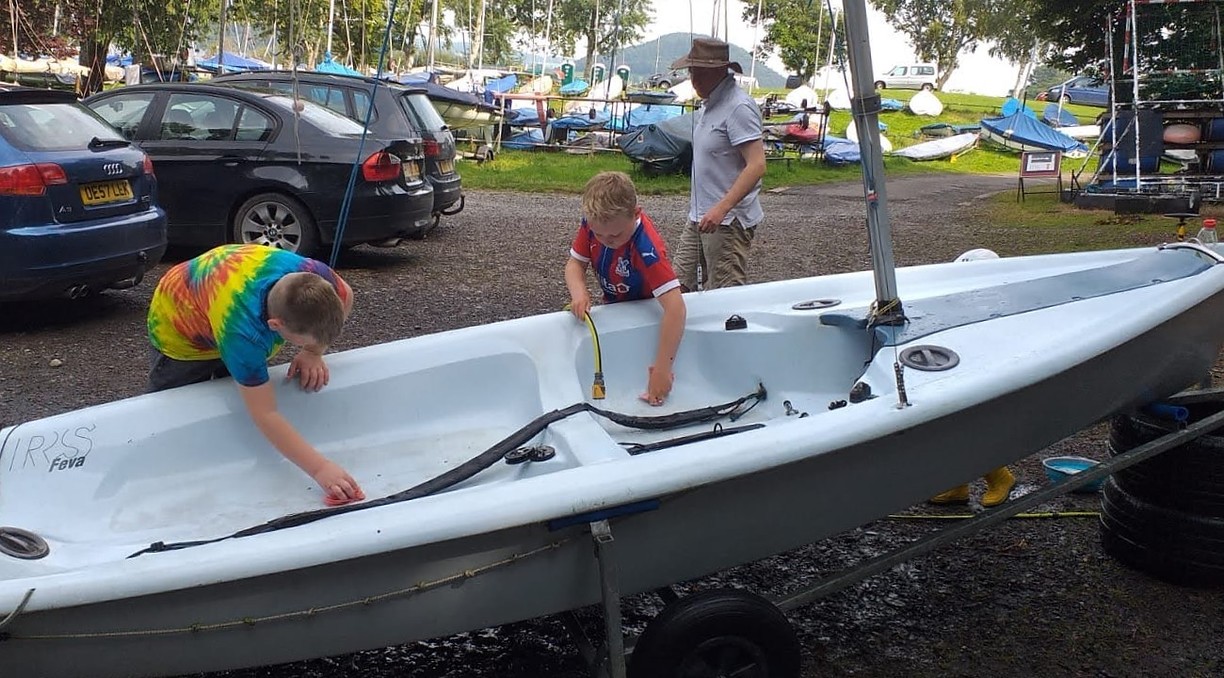 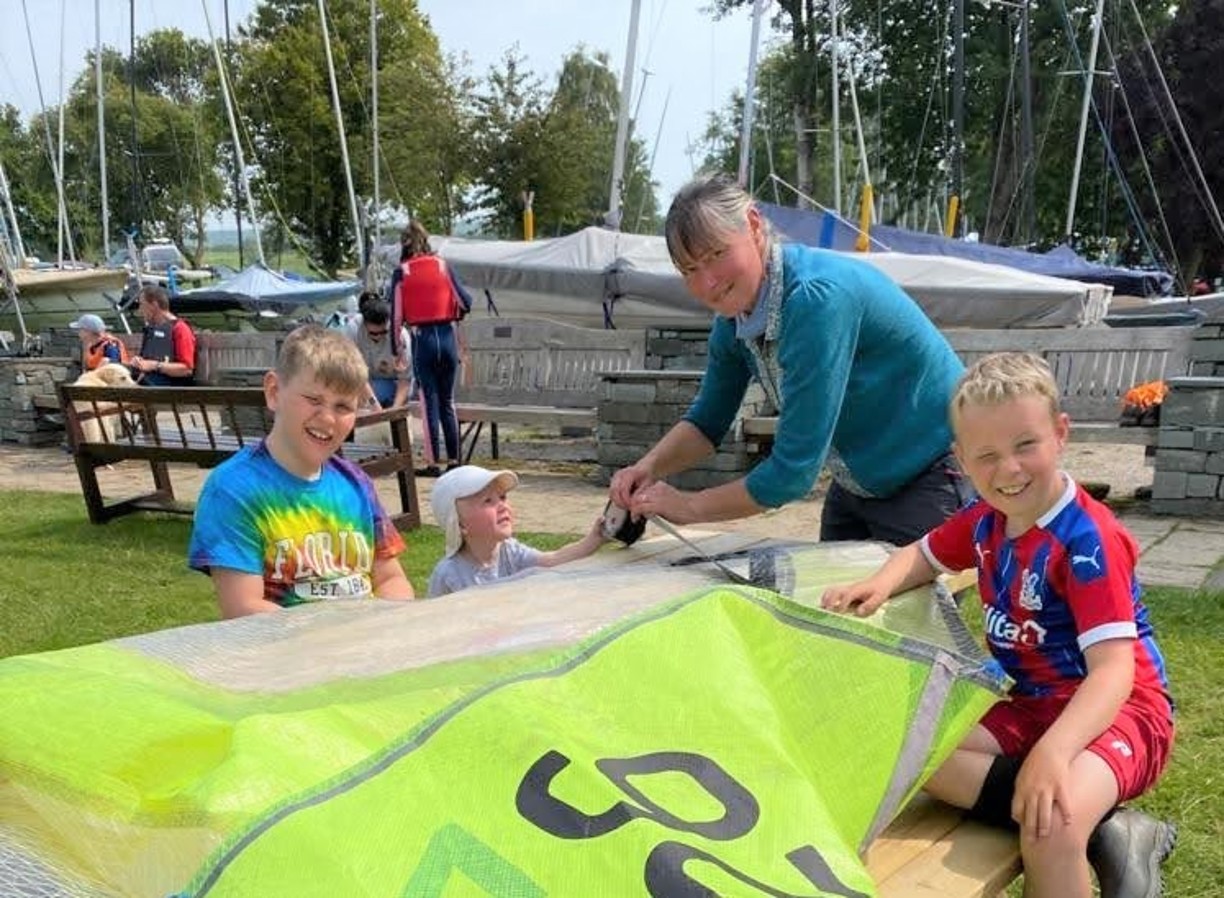