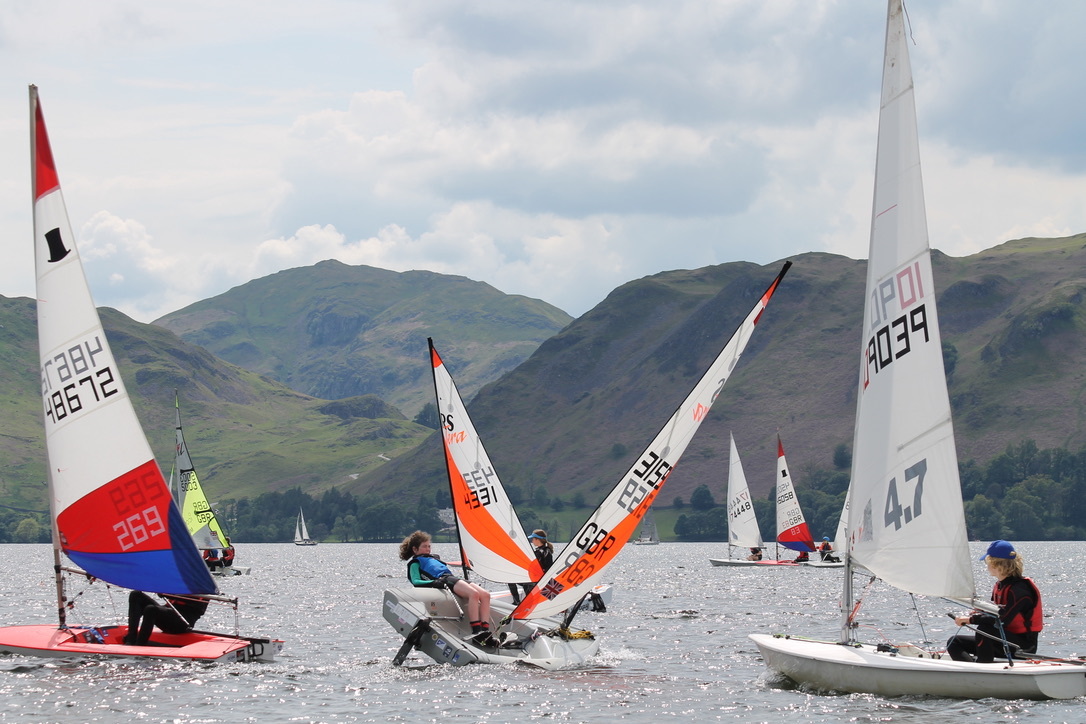 Ullswater Yacht Club's thriving fleet of young sailors were out in force on June 2 and 3 for a Royal Yachting Association NW Junior Travellers Event.
All decked out in their Team UYC kit, a total of 16 youngsters from the club raced in the event which had a total entry of 24.
Winner by the closest of margins was George Jacobs of Combs Sailing Club in a Byte who clinched the event on a count back against Spirit Alderson of Derwent Reservoir Sailing Club in a Laser Radial. They both won three races out of six. Third was Alex Horsman of Ripon SC also in a Laser Radial.
UYC coach Harriot Pulman said: "It was a great two days of racing from the youth and juniors. Some very close racing and very challenging wind conditions. It was lovely to see the club buzzing with our next generation of sailors. Team UYC looked very professional in their team jackets and did us proud."
And Olivia Corbishley who was first UYC boat in a Topper, in fifth place overall, has written her own report of the event:
"The talk amongst Team UYC was about the weather and if the wind would arrive. The Thursday morning was the usual activity of rigging boats on the lawn in front of the clubhouse and the Team UYC coaches gave us all a briefing on what to expect. Luckily Thursday started with a steady wind and we had a good first race with all competitors putting into practice what had been taught in training.
The Thursday afternoon sailing started well, however wind conditions started to slow. There was lots of encouragement between boats on the third race as boats started to slow down and bob around after the wind totally dropped. The race was eventually abandoned and the safety boats then started giving lifts back to shore. Very annoyingly, just as we were all ashore the breeze picked up again! We finished the day with a debrief from the coaches on what had gone well and what to focus on the following day, which was a really good help.
Friday morning was wet. There had been rain right through the night however, at least there was wind. We all got quickly down to rigging and then waited for Peggy, the committee boat, and the safety boats to head out on to the lake. The wind was light but enough to allow racing to go ahead and the first race was ideal for putting our training into practice.
Although the wind ended up being a little patchy there was lots of opportunity for some good racing. The second race of the morning started well but then the wind disappeared again as quickly as it had arrived meaning the race was cut short and competitors headed in for lunch early.
The afternoon racing went well. There was a very light breeze for the first race only and then another very heavy downpour of rain. The course was then moved and to make it even more difficult, a club cruiser race and the Traveller event ran together and shared the same part of the lake. This was the final race and as all boats headed back to shore there was a good atmosphere amongst all sailors as we derigged.
The clubhouse was full for the prizegiving and it was obvious that everyone had had a great time. Team UYC had done really well.
A big thank you to all the coaches and volunteers involved in running such a great event." 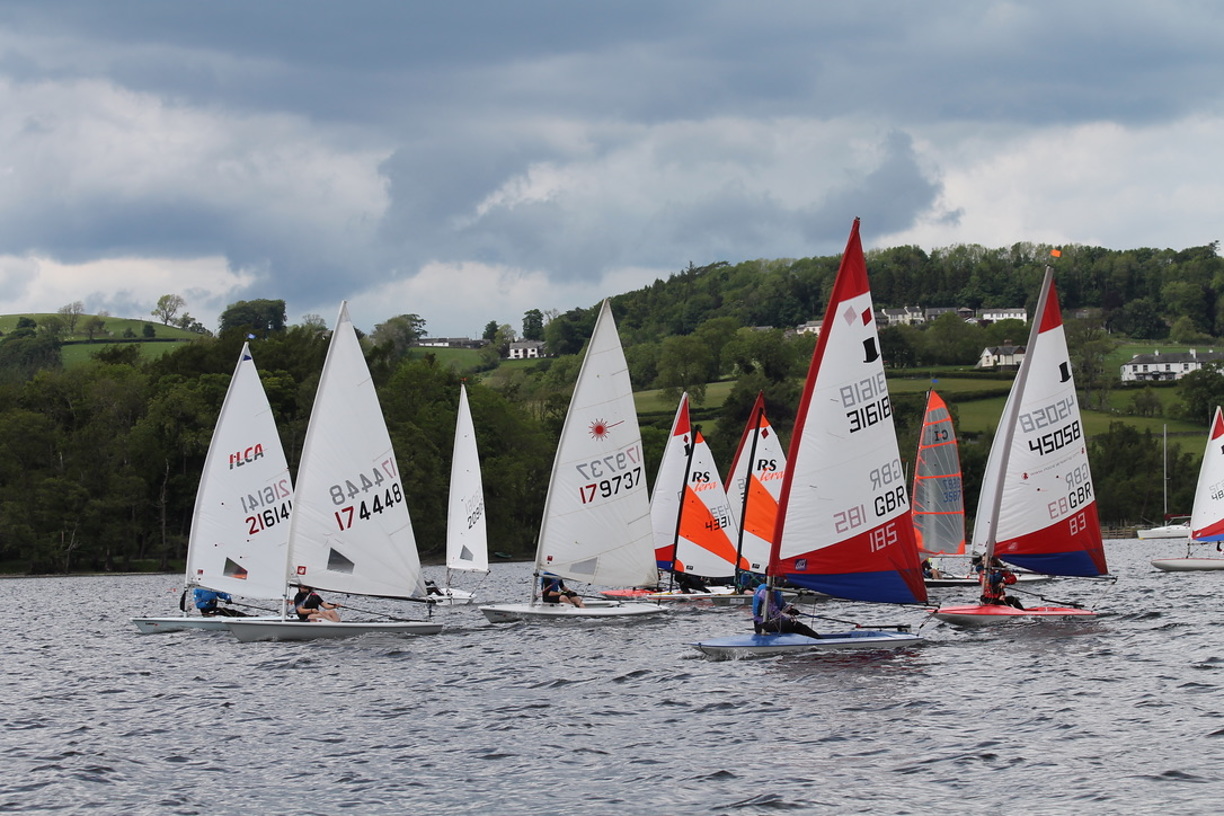