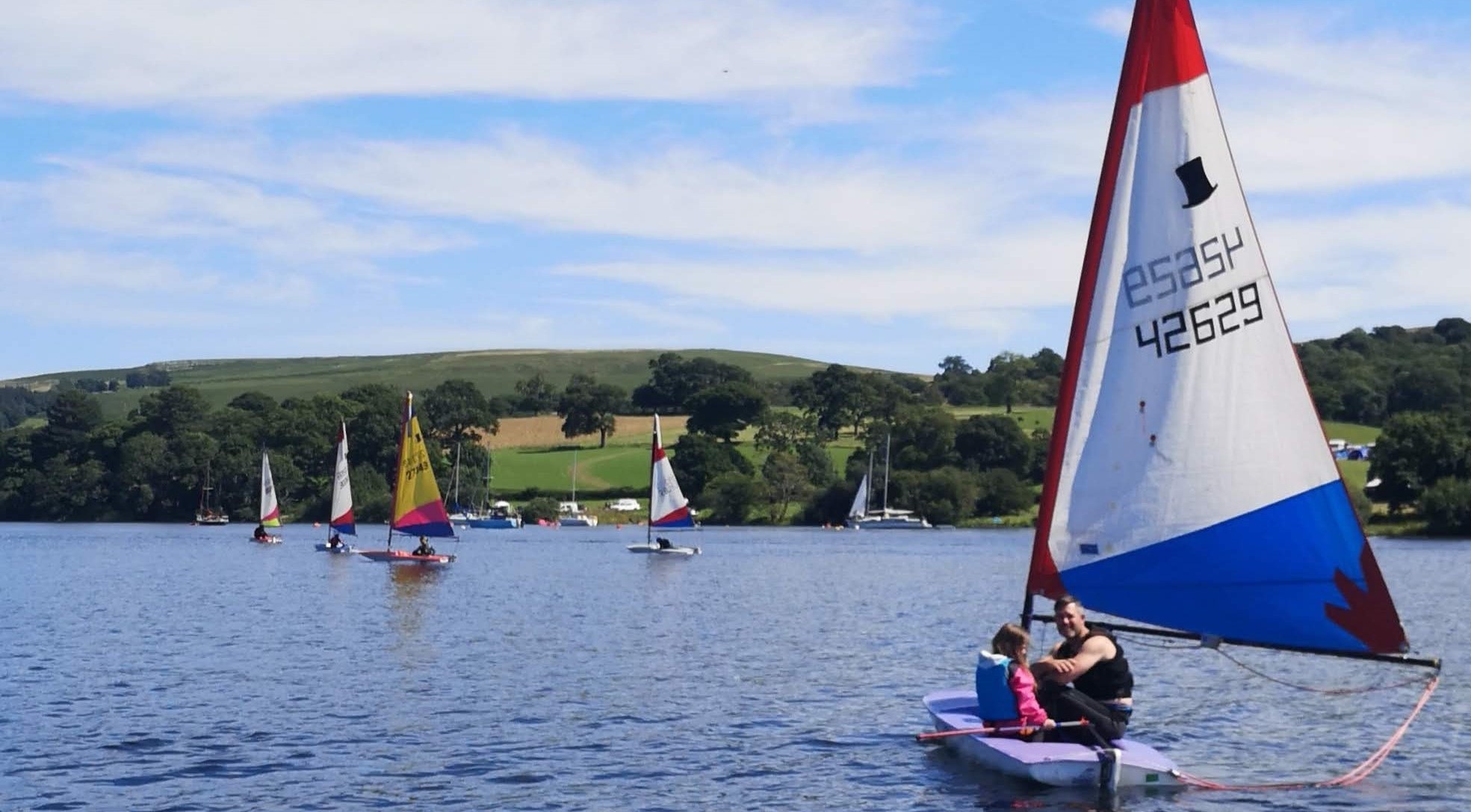 Well done to the 2020 UYC winners. All the results are on the UYC website, follow this link:
https://ullswateryachtclub.org/race-results-1/2020...

Top: Aggie Priestley takes her dad Graham racing in a Topper.
Below: A busy foreshore in August.