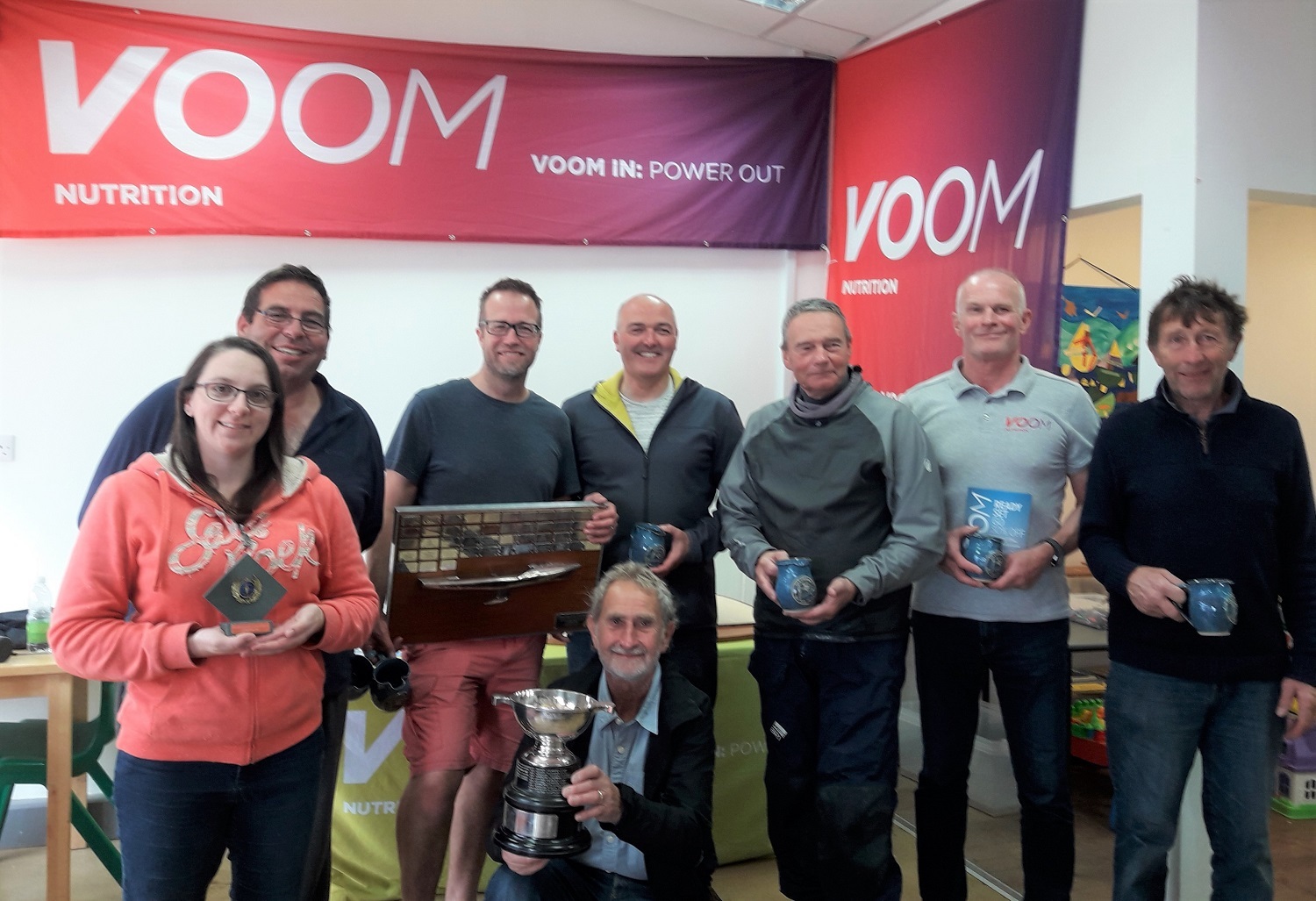 Ullswater Yacht Club hosted the VOOM Tempest National Championships on the weekend of August 31 and September 1 which, after six windy races went right down to the wire, with the champions decided on countback.

The winners were Tempest veterans Jon Modral-Gibbons and Colin Meadows, with three firsts, and coming a very close second were John Robson and James Wanless, of UYC, sailing a borrowed boat.

A total of 11 boats took part in the event and organisers were pleased to welcome five visitors who race the former Olympic class trapeze keelboat at Hornet SC and Carsington SC. Saturday brought the forecast strong winds with vicious SSW gusts and for a time running the three scheduled races was in doubt. As the wind eased slightly, the fleet took to the water and race officer Edmund Clarke set the start line round the corner from the clubhouse in full view of UYC's next door neighbour the Sharrow Bay Hotel. The course was windward/leeward on a long leg down the lake and back.

After three exciting races, Robson/Wanless were the overnight leaders with two firsts and a second. The other first of the day was taken by Modral-Gibbons/Meadows who were in second place overnight.

So it was all to sail for on Sunday with three more races planned in slightly lighter conditions coming from the same direction with the same shifting gusts. After race four there was a new potential national champion in the mix, the winner was Jon's dad Ian Modral, crewed by Robin Higgens of UYC. John Robson was second. In the next two races, Jon Modral-Gibbons took two bullets, clinching the event on countback from John Robson and two seconds from Ian Modral put him in third place overall, just one point behind the first two boats.

Thanks to the event sponsors, VOOM sports nutrition products, and all the UYC volunteers on the water and in the clubhouse who made the event possible.