Sailing in tribute to Lord Birkett 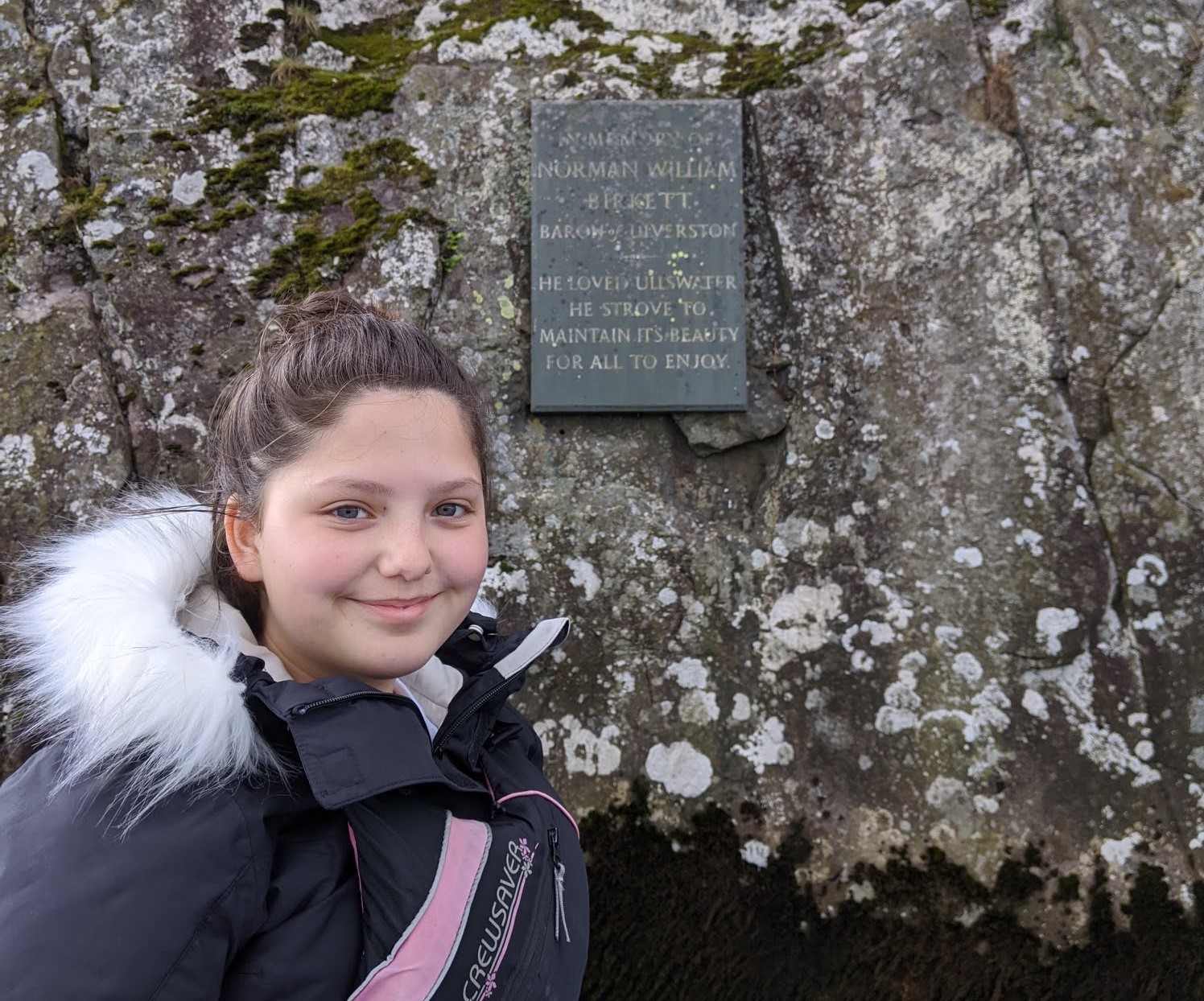 Members of Ullswater Yacht Club went for a special sail in tribute to Lord Birkett the 'Saviour of Ullswater' on Saturday, July 4.

It would have been day one of the club's biggest event of the year, the two-day long-distance Lord Birkett Memorial Trophy, which was cancelled in April due to the Covid-19 pandemic. UYC marked the 58th Birkett by flying the club's flags from the clubhouse all weekend and members paid their own tribute by sailing around two miles down the lake to Kailpot Crag where there is a memorial to Lord Birkett and back.

The informal sail was the idea of club member Andrew Bailey, who is one of the Birkett organisers and loves the event.

"We couldn't let our favourite sailing weekend go by without doing something so I thought it would be a good idea for members to sail past the Birkett plaque, just like they would have done in the event", he said.

Andrew and his 14-year-old daughter Honore, who is also a keen sailor, acted as marshals in a rib for the informal sail and around 30 boats, dinghies, keelboat and cruisers, joined in, setting off after 1pm, the normal Birkett Saturday start time. It was for members only the club is currently closed to visitors and activities are restricted in line with Government guidelines. They sailed down the lake past Howtown to the Birkett plaque which is only visible from the water. The inscription says: 'In Memory of Norman William Birkett, Baron of Ulverston. He loved Ullswater. He strove to maintain its beauty for all to enjoy.'

The celebration regatta, in honour of Lord Norman Birkett who died two days after making a successful speech in the House of Lords which prevented Ullswater from becoming a reservoir, was first held in 1963. Every year the club has held the prestigious two-day round-the-island race in his memory. It has become a festival of sailing and so popular with racers from all over the country that a limit of 230 boats is placed on entries.

The quest for the 'Holy Grail' of a Birkett attracts keen sailors from national champions to novices in a huge range of different boats. One of the most spectacular sailing events in the North, the Birkett, winner of a Cumbria Tourism's Event of the Year Award, was rated number eight in the top 50 'must do' sailing regattas by Yachts & Yachting magazine. On the Saturday, the 230 boats race down the lake, a distance of about seven miles, past Kailpot Crag and the plaque to the memory of Lord Birkett, round an island at the southern end, and back. Then they do it all again on the Sunday - with both races to count.

The Birkett is always on the first full weekend of July so the 59th will be on July 3 & 4, 2021, and the club is looking forward to welcoming all regulars and new competitors to a bigger and better event.
- Sue Giles 8.7.20

Top: Honore Bailey at the plaque to Lord Birkett on Kailpot Crag. By Andrew Bailey

Below: Single-handers sail past Kailpot Crag. By Andrew Bailey 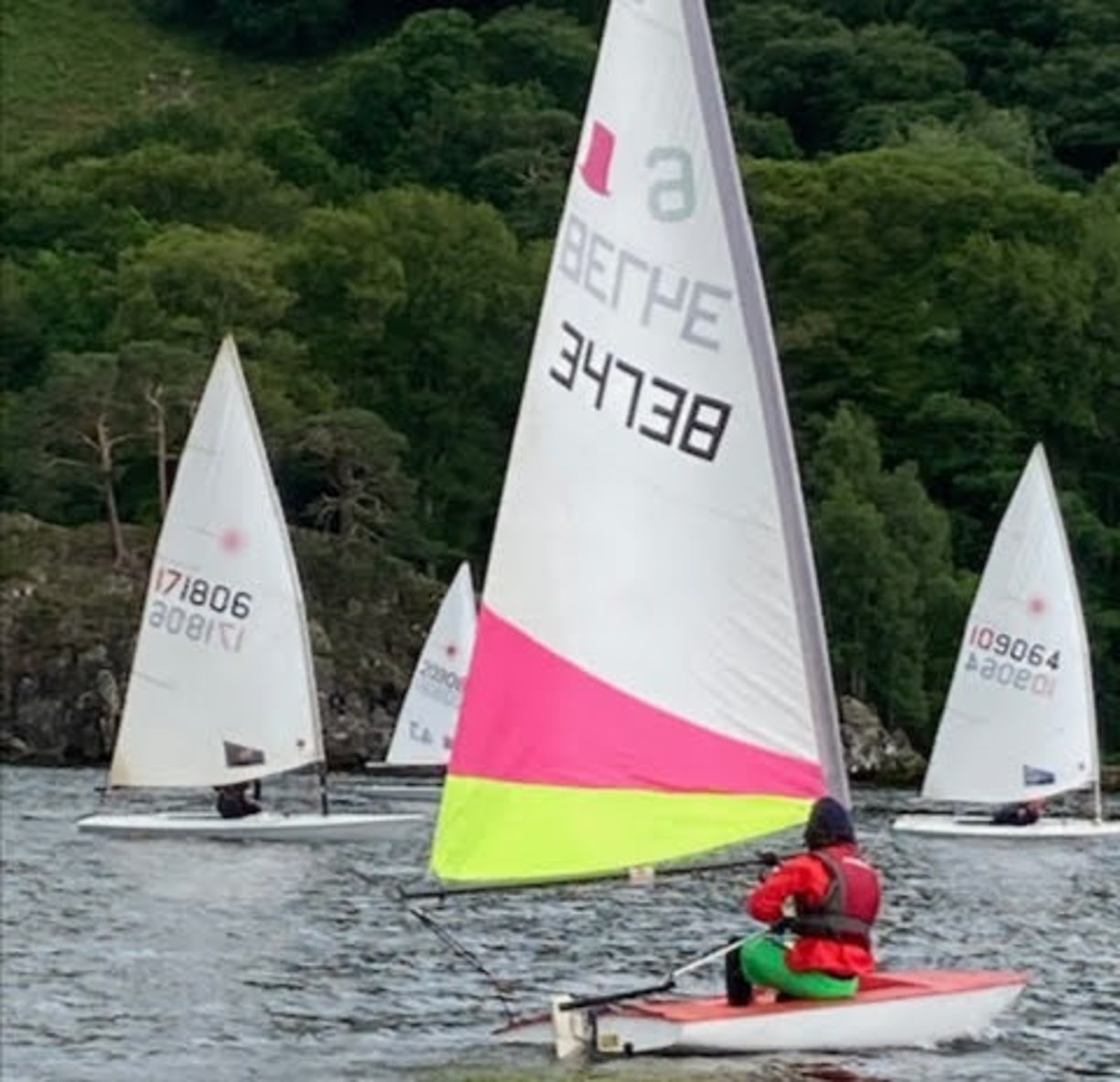