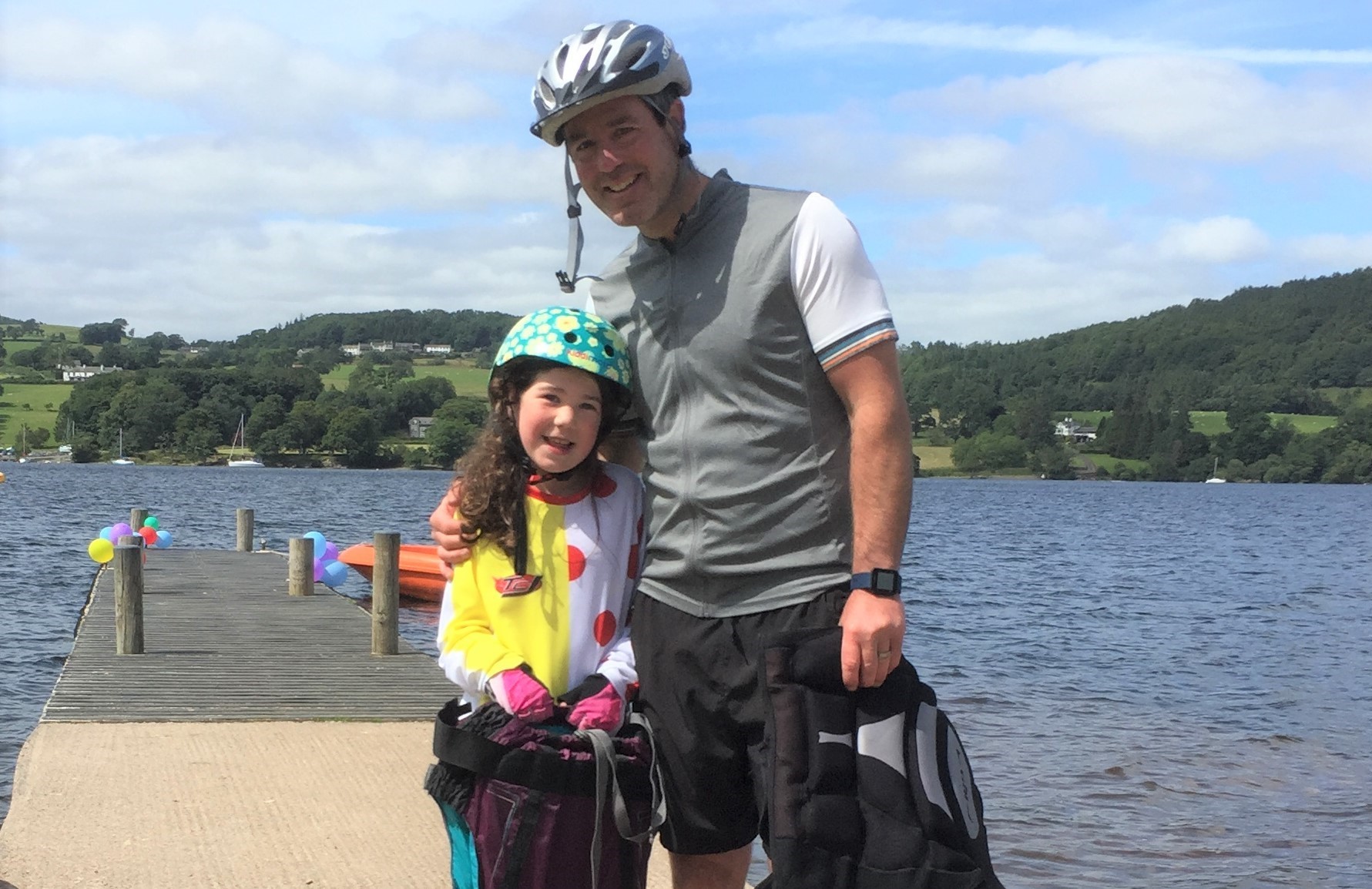 Eight-year old Laia Priestley is the pride of Ullswater Yacht Club after she completed a three-day 100-mile cycle ride for charity from her home to the club.

Laia set off on Monday, July 27 from home in West Yorkshire to ride to her favourite place, Ullswater Yacht Club, and raise money for Prostate Cancer UK on behalf of her grandad, Ian Priestley. After riding through rain and wind, and on her sister's bike after hers broke, she pedalled through the gate of the club and across the finishing line on Wednesday, July 29, to the cheers of a group of members.

Her family, friends and club members followed Laia's Ullswater Cycle on social media, willing her on with encouraging comments and donations, Through the JustGiving website she has raised an amazing £3,600 so far, her target was £150.

The whole Priestley family, Laia and her younger sister Aggie, her parents Graham and Selina and grandparents Ian and Pat, of Kirkby Thore, are all keen, active members of Ullswater Yacht Club. Laia rode from home to the club, near Pooley Bridge, on a route of quiet roads with her dad Graham on his bike and support team of mum Selina and sister Aggie in their car. On the back of her bike fluttered a pennant showing the UYC insignia, a yellow Pegasus on a blue background.

Selina kept Laia's supporters informed with pictures and videos posted on Facebook and her followers grew, along with donations, as the ride went on. She set off from home in pouring rain and rode through the Yorkshire Dales to the first night stop in Buckden, still smiling after covering more than 35 miles.

On day two she had to contend with the most demanding hilly section to Kirkby Stephen in Cumbria in strong winds. When she made it after 30 difficult miles, her dad called her 'Queen of the Dales.'

With just one day to go, disaster struck when the crank on her bike broke. Luckily the family had Laia's sister's bike with them so after a quick change, off she went again, this time under blue skies and in sunshine. She found the riding a little more difficult on the smaller bike but she arrived at the club on Wednesday afternoon, still smiling, to be greeted by loud cheers, and her grandad Ian.

And the first thing she did was put on her buoyancy aid and do what she loves to do at the club. She jumped off the end of the jetty into the water.

The Priestley family would like to thank everyone for their support. The donation link is:
https://www.justgiving.com/fundraising/laiapriestley

Pictures: Laia with her dad Graham ready to jump off the end of the jetty after completing her ride

She made it. Laia with her grandad Ian Priestley at UYC.

Laia on the road, her club pennant fluttering behind her. 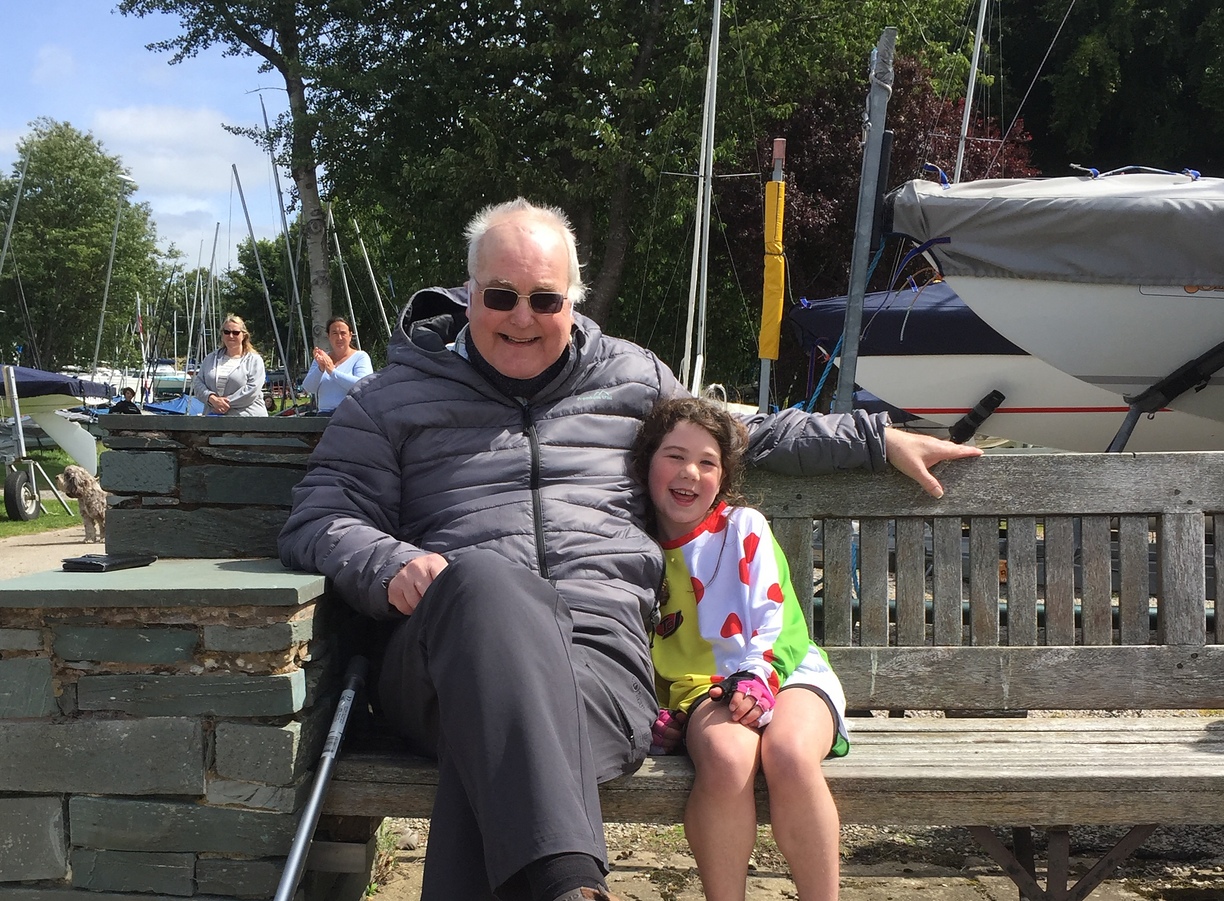 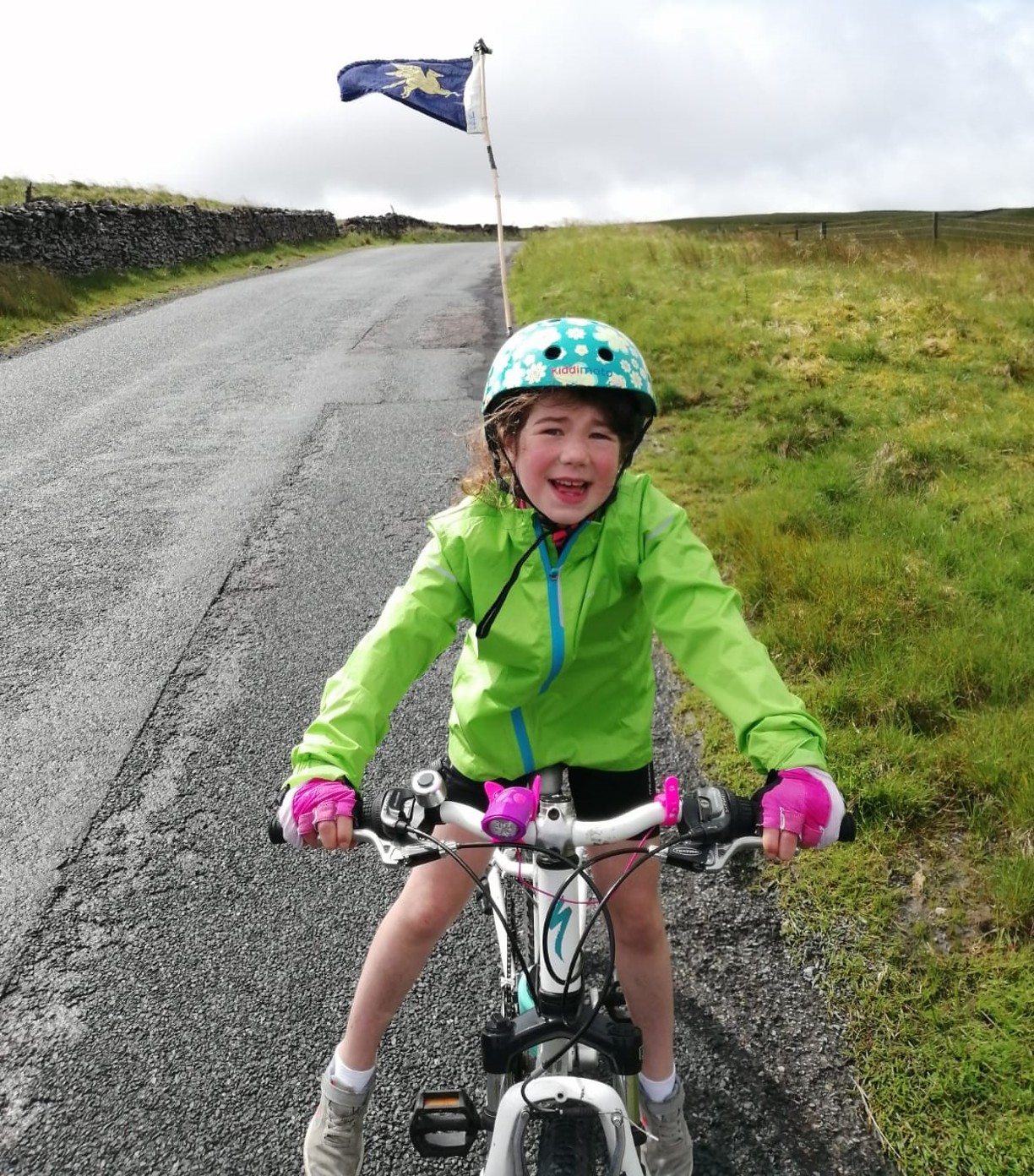