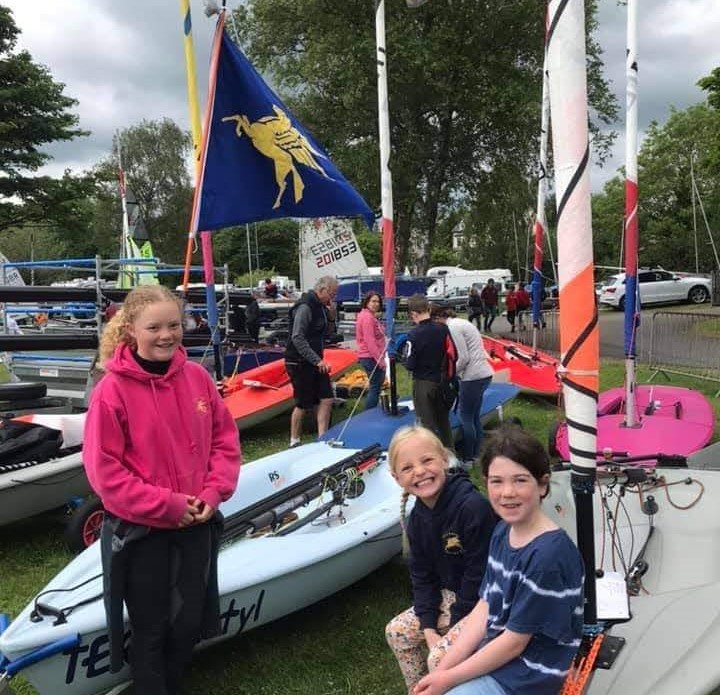 Young members of Ullswater Yacht Club have been proudly flying the flag for the club.
Twelve young sailors raced in the RYA NW Junior & Youth Travellers Trophy at Bassenthwaite Sailing Club on June 19 & 20 and the giant club burgee of a yellow Pegasus on a blue background could be seen flying over their boats in the dinghy park all weekend. The youngsters are all from the club's thriving fleet of budding sailors who receive regular instruction and coaching as part of UYC's training programme.
Team UYC took 11 boats from the club to Bassenthwaite - five singlehanded Toppers, five singlehanded RS Teras and a two-crew RS200, and they were delighted to win the team prize for the most travelling sailors at the event.
Jane Warner writes: "Our team anxiously rigged their boats amongst nervous but excited chatter on Saturday morning as they prepared for the NW Youth and Junior Travellers. For most of our young team this was their first event and what had promised to be a gentle introduction to racing at a different club saw an unexpected 75 boats (85 sailors) on the start line.
Although the wind eased slightly before racing commenced early afternoon, the general direction remained relatively true (apparently somewhat surprising for Bass). To ease congestion, the excellent turnout of boats was split over two starts (Optimists and RS Teras starting 5 minutes behind the rest of the fleet), with all results being merged into a single result. Although a few boats were OCS on the first start, all but one returned, and subsequent starts were clear. There were swinging winds and some variations in wind strength to contend with, but the sailors of all standards fared well. There were no capsizes - during racing.
After two races and 2 and a half hours afloat, the fleet headed ashore for a break. Although the OD was keen to hold another race, the wind eased, and then swung through 180 degrees, a decision was made to abandon any attempt to hold another race on Saturday.~With light airs forecast for Sunday, a 10.30am start proved to be optimistic. A katabatic breeze came in from the south, and when the OD went out to set a course, every beat somehow seemed to be to mark 8. In the end, the same course as Saturday was used, although there were regular significant swings in direction.
The wind eased before race 4, but soon after the race was started, it faded more as competing winds seemed to come from various directions, so the race was abandoned - to a big cheer from competitors, who headed for dry land and a well-earned lunch break and ice cream in the glorious sun.~Once ashore, a NE breeze bedded. Again, the OD had to contend with major swings in direction when setting the course, but a suitable course area was found and race 4 restarted. The wind continued to swing throughout the race, so there were some good gains to be had if on the right side of the shifts.
Some more consistent sailing on Sunday gave Zak and Zoe Sanderson-Davies of Windermere School in their RS Feva XL the edge to beat 420 team George Creasy and David Bromilow of West Kirkby on countback, with Oliver Mills 3rd from Pennine in his Laser, just one point behind.
The prizegiving also saw UYC's Spirit Alderson and Ranulph Turton receiving glassware for 15th place overall and 1st U14 double hander in their RS200. The event organisers have since made contact with the UYC Team to confirm there was a mix up with results and UYC youth and juniors are delighted to have since received the Team prize for having the most entries, along with Jessica Warner also picking up a prize for 1st Under 11 girl in her TS Tera Sport.
There was a great atmosphere across the whole weekend and the kids (and parents) left the event exhausted, but incredibly proud, and most importantly with happy memories of shared adventure with friends, which will stay with them forever."
Meanwhile another junior member, 11-year old Olivia Dembinska travelled even further from her Carlisle home to the RS Tera Inland Championships which were held at Burton Sailing Club in Derbyshire on the same weekend. Olivia was racing against top young RS Tera sailors from all over the country in her first national-level event. - Sue Giles
Pictures:
The UYC flag flying in the dinghy park at Bassenthwaite Sailing Club
Team UYC at Bass
Olivia Dembinska at the RS Tera Inlands at Burton SC in Derbyshire 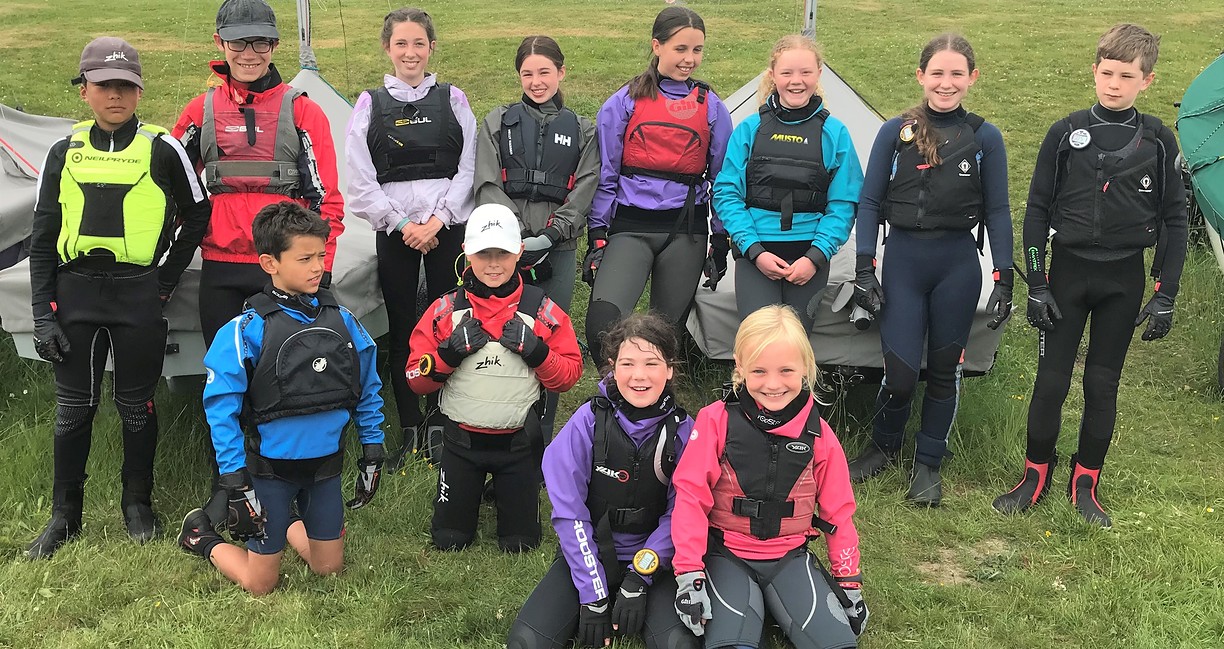 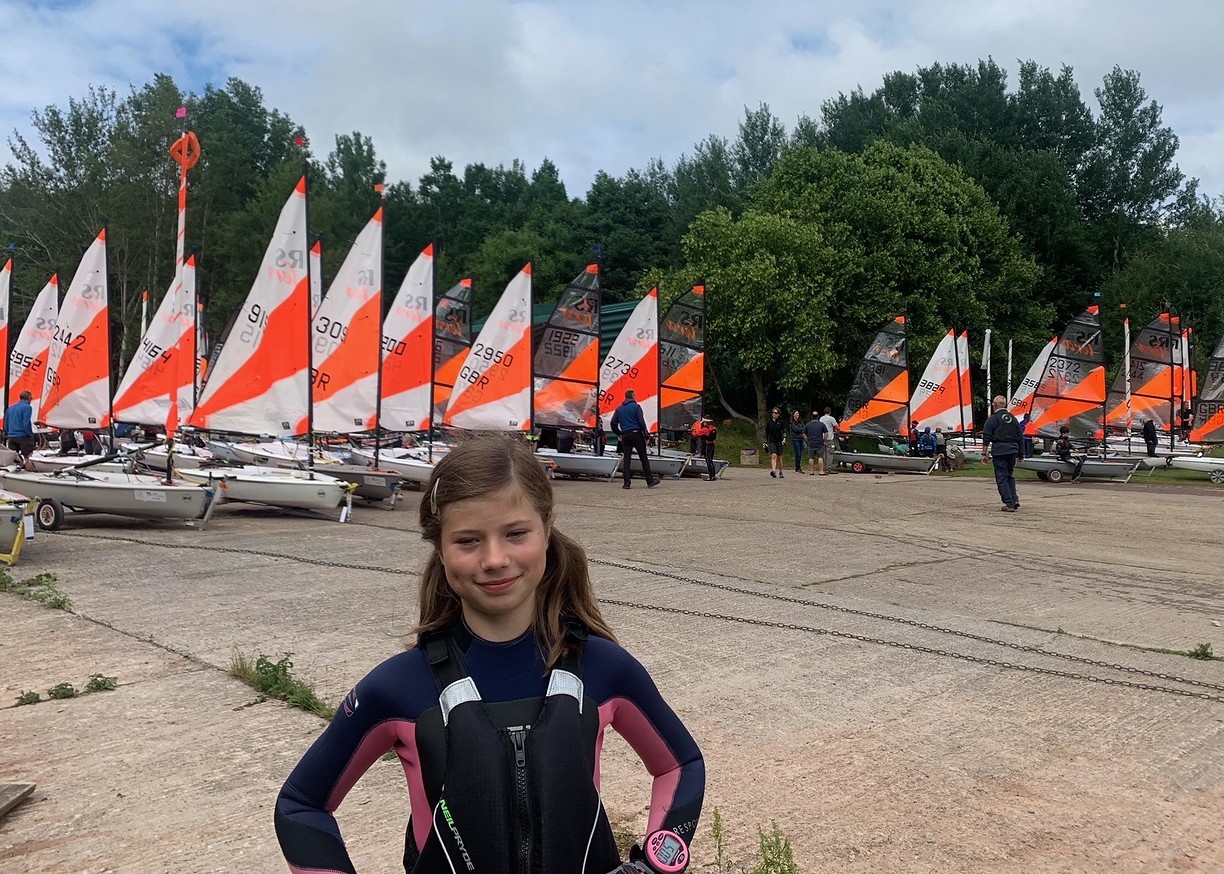