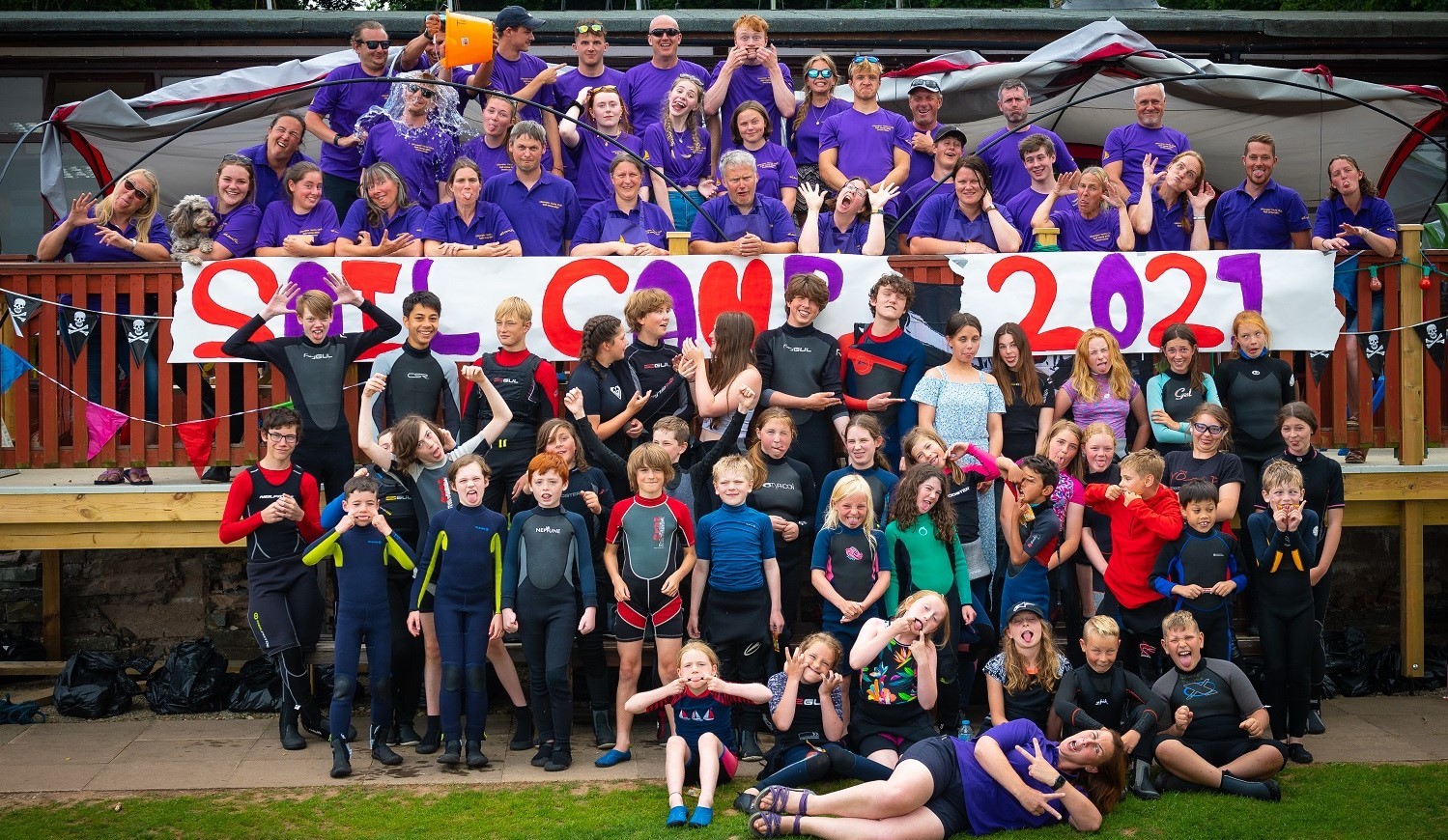 Fifty young pirates set sail at Ullswater Yacht Club's annual sail camp from July 18 - 23. Sail camp has been held at the award-winning club since 1984 and this year had a pirate theme. With five days of fun on and off the water, it has become a 'must-do' event for the club's budding young sailors. The 8-14 year olds spent the week taking part in the Royal Yachting Association course relevant to their age and ability - from beginners to assistant instructors - and were taught by fully qualified RYA instructors, most of them ex-sail campers themselves who have learned at the club and gone on to teach others.
The fun started on Sunday night with the traditional from jetty to jetty swim. Then on Monday it was down to the serious business of learning to sail or improving skills. Monday and Tuesday brought light winds followed by a windy Wednesday and Thursday. Then there was a windless final day regatta with two races for the RYA Stages and the Start Racing group.
A pirate court was held every day just before tea, with judge Joanne Whitehead in charge. Those who didn't follow the rules had to walk the plank which was constructed on the end of the club jetty. Those punished included UYC Facilities Manager Mark Humphries for crimes against hot chocolate, instructors Sam Smith and Harriot Pulman (in full pirate gear) for not obeying the Captain and Bosun Mark Simpson for abandoning his post to go windsurfing.The young sailors walked the plank at the end of the day depending on the decision of their instructor. For them it was a reward for good behaviour as they all wanted to do it. And organisers Steve and Kathryn Potter were also made to walk the plank for abandoning their posts. After 13 years they are retiring from running sail camp and a new team will take over the organisation in 2022.
The youngsters sailed the usual trip to Pooley Bridge for ice cream and there was a treasure island expedition hunting for hidden treasure (Haribos) for the younger groups. The Friday sail down the lake for a picnic was followed by the prizegiving. UYC's very own First Lady, Sheila Robinson, wife of the UYC President, gave out the prizes and sail camp favourite Aunty Lilian Adams gave out the sweets.
Joan Robinson, who started sail camp at the club in 1984 with her husband Richard and ran it for several years, presented the Most Improved Girl and Most Improved Boy awards. These awards were donated by Joan and Richard when they set up the first sail camp. Joan and Lilian both wore their original 1984 sail camp T-shirts. The colour of the T-shirts is changed every year and is a closely guarded secret. This year it was yellow for the sailors and purple for the volunteers.
Steve Potter said: "The biggest joy is of seeing all the kids at the prizegiving captivated, tired and happy having had an absolute awesome week. They giggled at the slide show of pictures taken during the week. It was a real pleasure to see them so happy."
Kathryn Potter said how well behaved the kids were, the best she's ever had. "They were truly terrific."
Steve added: "It was a fabulous 2021 sail camp with thanks to all the volunteers who made it possible."
The week was rounded off with a special Friday night celebration party for Steve and Kathryn Potter to thank them for their 13 years of running sail camps.

Pictures by Phil Burrage:
The full sail camp line-up
Fun on the water
Some of the prizewinners with Sheila Robinson, wife of UYC President John Robinson
- Sue Giles