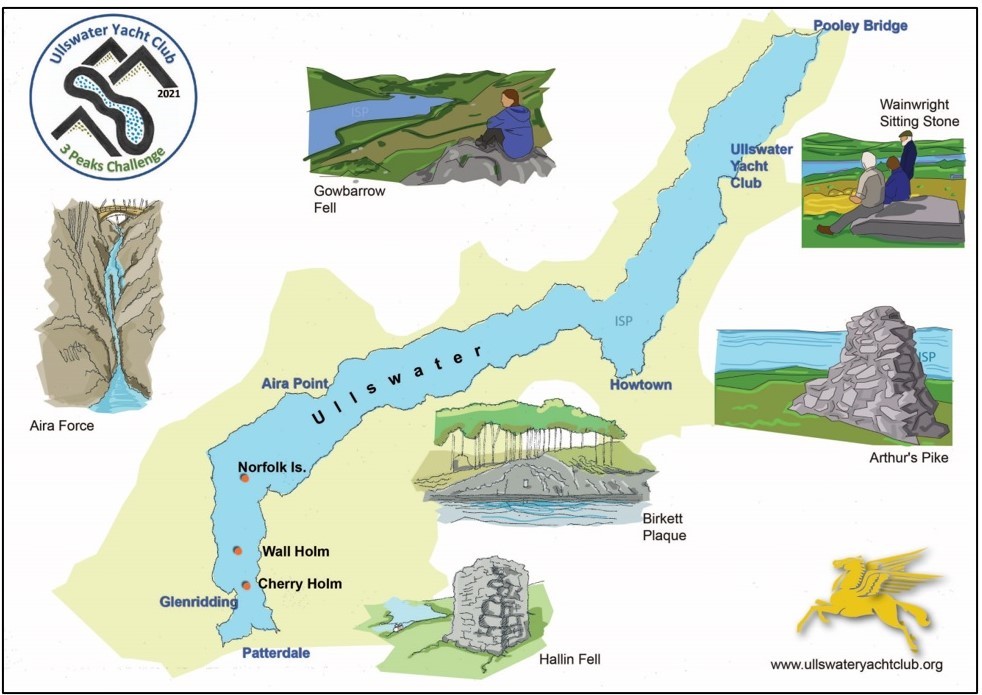 Members of Ullswater Yacht Club took to the hills on Saturday, August 7, to take part in a new event the Ullswater Three Peaks Challenge. A total of 21 boats with 85 sailors, runners and walkers spent the day sailing on the lake and tackling the challenge of the fells. Modelled on the famous annual Three Peaks Yacht Race from Barmouth to Fort William in which runners climb Snowdon, Scafell Pike and Ben Nevis, the UYC event involved the three peaks surrounding Ullswater of Arthur's Pike, Hallin Fell and Gowbarrow Fell.
Saturday, August 7 was a special day held by the club in memory of two much loved members, Ian Priestley and Fiona Gibson, who both died in January this year. Ian, a keen walker and climber as well as a life-long sailor had dreamed of holding such an event based on the lake where he loved to sail. His family and friends decided to organise it in his memory. Fiona, with her passion for sailing, adventure and a challenge would have loved it too.
All club members were invited to take part in the sail/walk/run fun day. Arthur's Pike, Hallin Fell and Gowbarrow Fell were the Gold Fleet course for runners. There was Silver Fleet option for walkers - the Wainwright Sitting Stone on the way to Arthur's Pike, Birkett Crag on the way to Hallin Fell and the top of Aira Force on the way to Gowbarrow Fell.
The plan was for the teams, in dinghies or cruisers, to sail to the drop-off point for each peak with a safety boat available to ferry the runners and walkers to the shore and pick them up to take them back to their team boat. Any boats could join in, it was not a race, the challenge was taking part, and the sailors, runners and walkers could do as much or as little of the schedule as they wanted. The day had a pink theme with all the boats flying pink streamers and many of the challengers wearing pink.
With a daunting forecast of heavy rain and a threat of storms, fifty runners and walkers of all ages set off from the club at 11am on Saturday, August 7 to cheers from spectators lining the road out of the club. First back was keen fell runner Tom Simpson who made it up to Arthur's Pike and back in just 35 minutes (it was not a race!). He was ferried to his team 'Peaky Climbers' in a VXOne and they were off to the next landing point about two miles away just past Howtown near Birkett Crag with Hallin Fell the second challenge for the runners.
Gradually the 13 cruisers and eight dinghies and keelboats made it to the Hallin Fell landing spot in light winds and overcasts skies. By the time most of them were setting off to sail the three miles to the Aira Force landing point the predicted heavy rain had arrived. Some of the teams, especially those with young children on board, decided to head back to the club but the majority of boats made it to Aira Force to complete the challenge. The first boat, Peaky Climbers, arrived back to the finishing line in 3 hours 20 minutes and the last boat, Team Sunflower, named in tribute to Fiona Gibson's work for Hospice at Home, finished in 5 hours 58 minutes.
Meanwhile 15 junior members of the club were taking part in their own Mini Three Peaks, organised by Steve and Kathryn Potter, which involved a walk on the fells behind the club site and lots of fun and games on and off the water.
With all the challengers back on shore, an awards ceremony was held with donations from club members Lester Noble, and Robin Higgens of Voom Sports Nutrition. And all entrants received a commemorative Three Peaks Challenge illustrated postcard designed by Jo Luke Giles. The day rounded off with a barbecue for more than 140 people. Ladies Who Launch organised two cocktails and a raffle which raised more than £600 for the charity ODYSSEY which arranges adventure courses for cancer sufferers
Award winners: 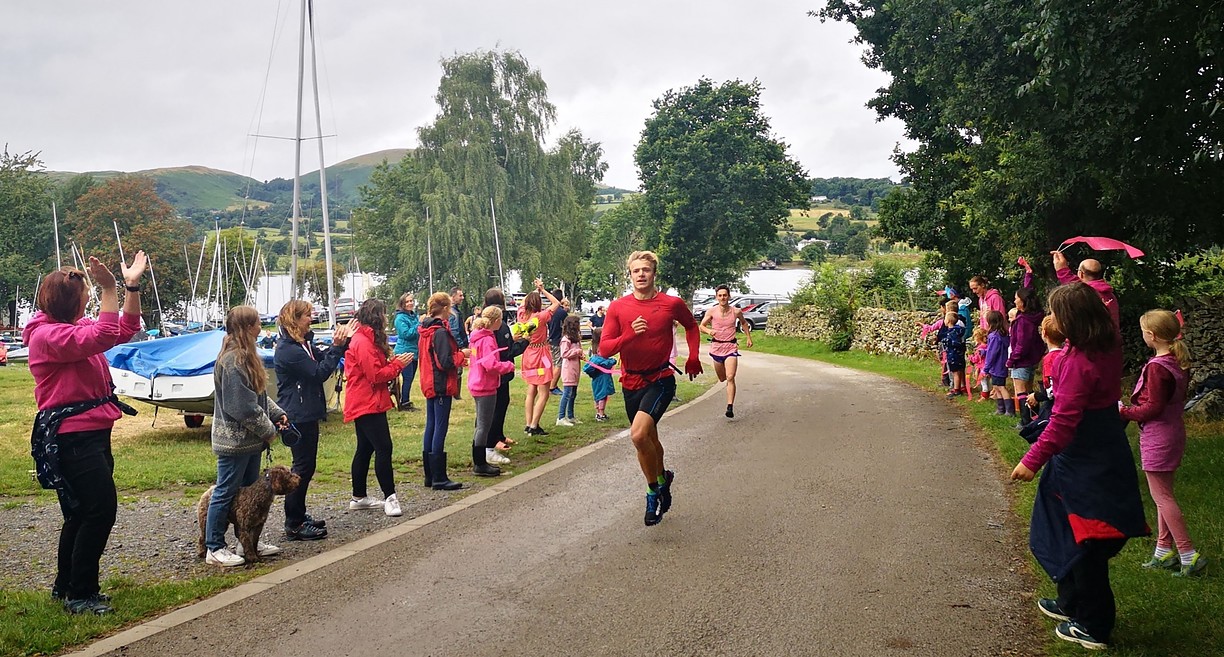 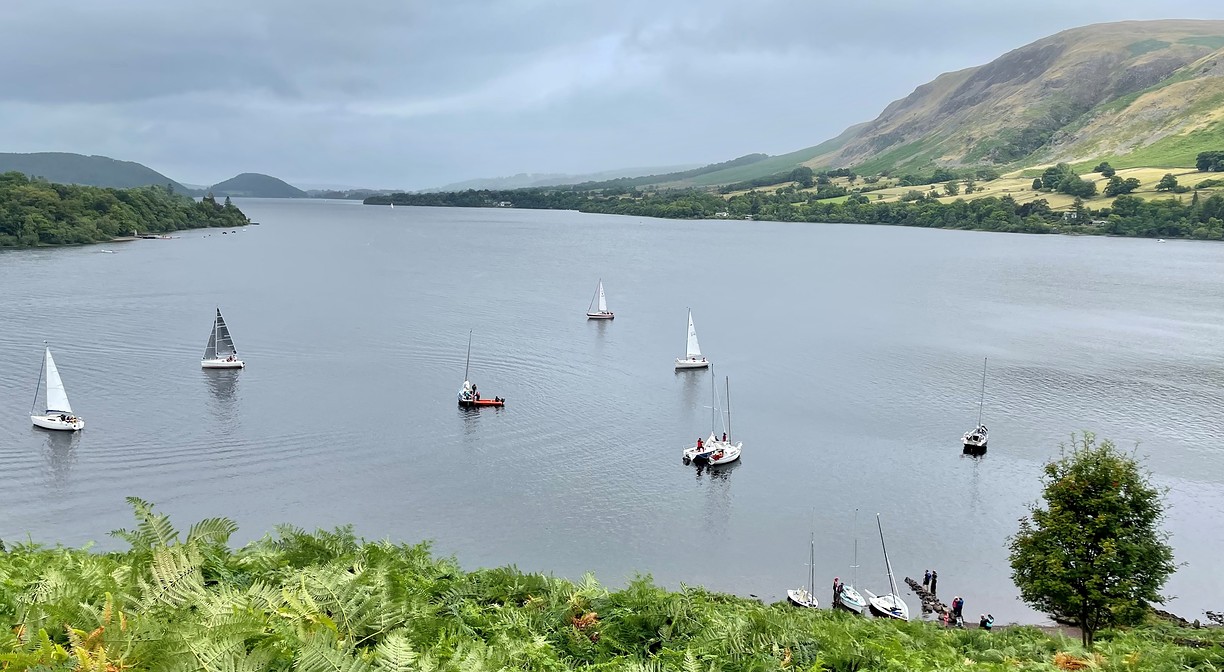 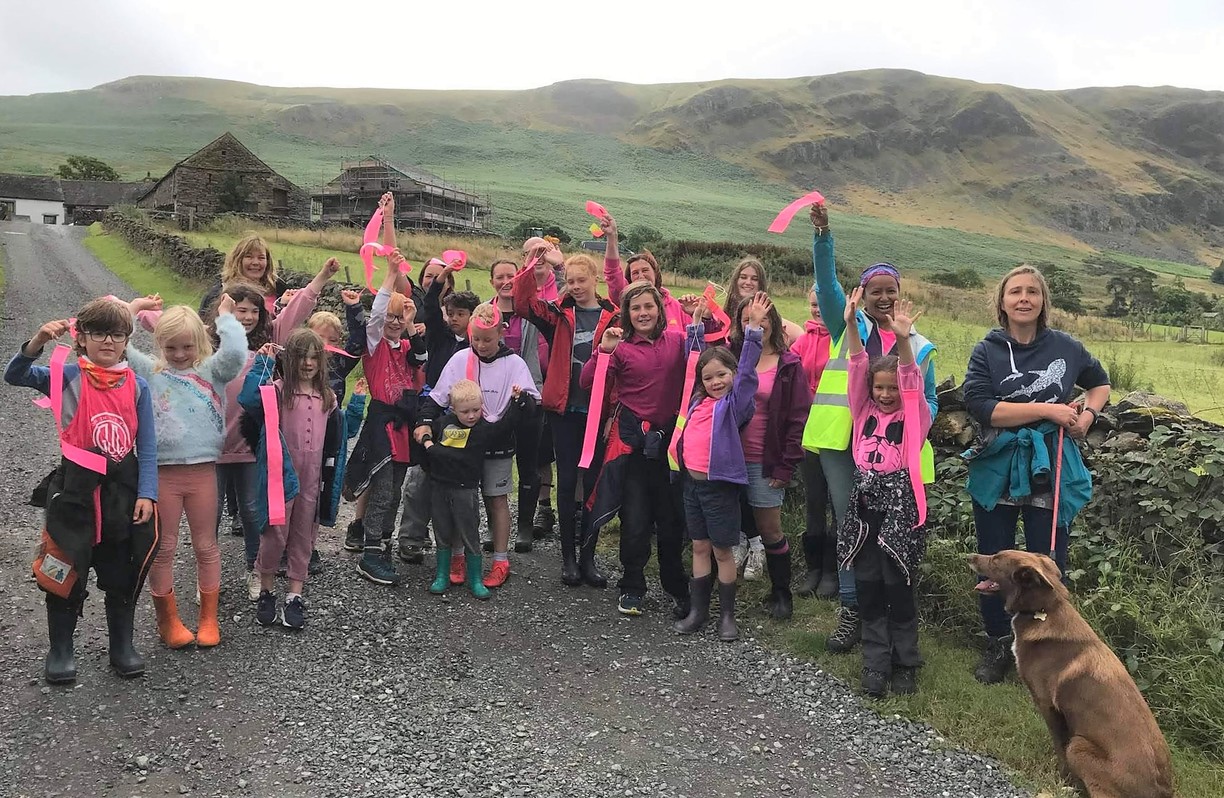