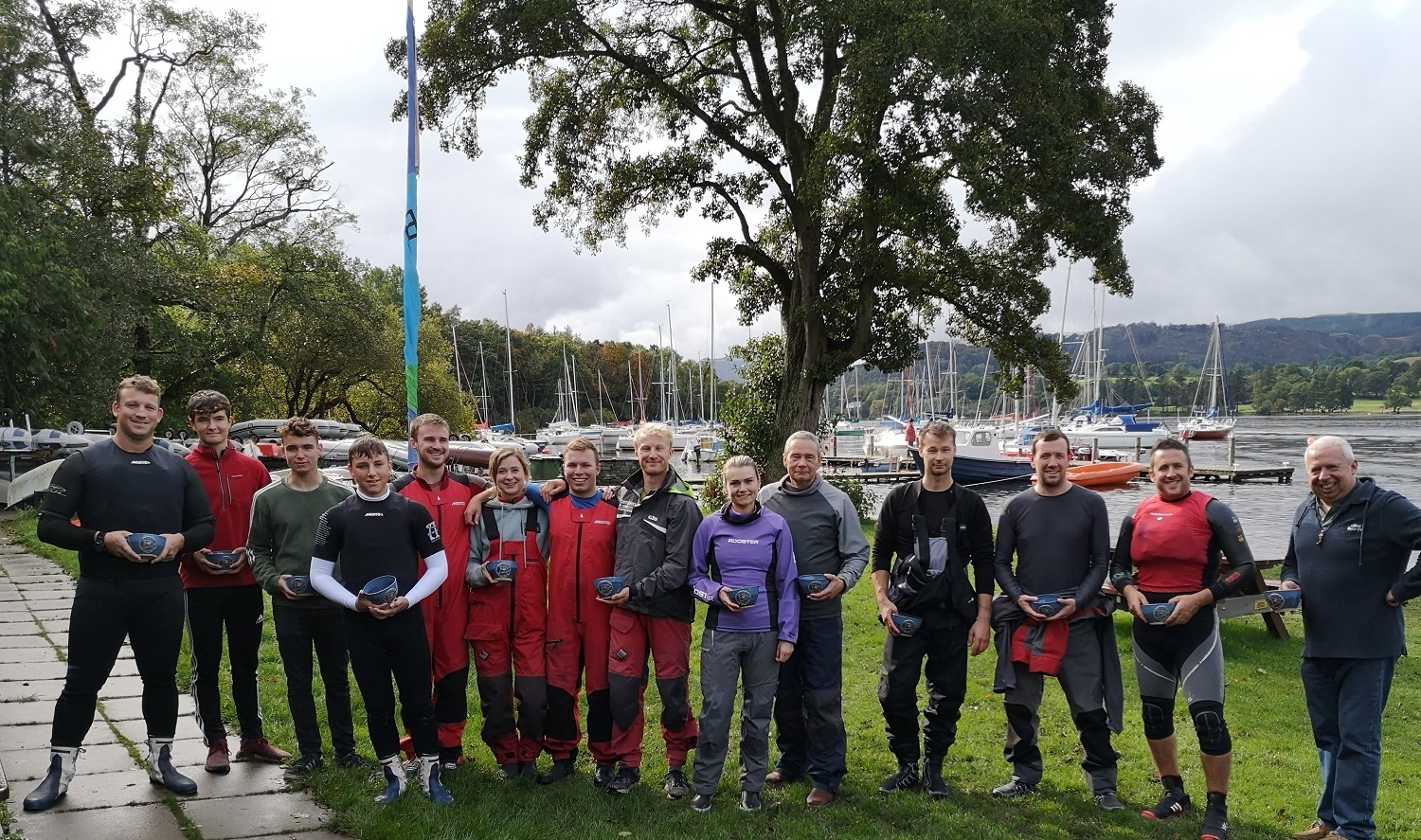 Ullswater Yacht Club ended its open weekend season with two days of racing for asymmetric classes on October 5 and 6. A total of 23 boats took part in Asymmetric Weekend, 11 VX Ones and a 12-strong ACH fleet with a range of boats from 49ers to an RS200.

Despite the lack of wind and huge shifts, the asymmetrics took part in five close races with many place changes and some interesting mark roundings in the unstable conditions. In the VX One fleet, John and Samantha Robson of UYC, came through on the last race to win and take the overall title. In the ACH fleet, the SB 20 helmed by Tom Neilson, crewed by Jamie Neilson, Ben Sayer and Izzy Sharpe, won easily, counting four firsts.

On a long thin SW-NE lake which is ideally placed for great windward/leeward courses in prevailing SW winds, Saturday's forecast brought a UYC race officer's nightmare, easterlies. Race officer Jon Abbatt set his start line on the western shore of the lake with the windward leg as long as it could be, across the lake to the Eastern shore. After two general recalls, the fleets got away. The wind was light, but enough to keep the boats moving and the VX Ones completed four laps and the handicap fleet three. Keith Lockey and Paul Adams crossed the VX One finish line first, Dave and Charlie Chandler were second and in the handicap fleet, the SB20 crew took the first of their four firsts and Josh Moran was second in a Musto Skiff.

For the next race, the U flag made the VX Ones behave on the start line and the wind had swung to the south giving the fleet a longer 'down-the-lake' windward/leeward leg. The VX One's race 2 was won by John and Samantha Robson with Andy and Martin Couch of Blithfield SC second. The SB20 was again first and second place was taken by Tom Burke and Alfie Cogger of Coniston SC in a 29er. By race 3 the wind had swung even more to the west, leading to a shorter windward/leeward leg. In the VX Ones, Andy Couch crossed the finish line first and John Robson was second. The SB20 was again first in the handicap fleet but this time Richard and Brad Green of Yorkshire Dales SC were second. Overnight, counting all three races, the Chandlers were lying first, and with the Robsons scoring an OCS in the first race, it was all to race for on Sunday.

Three races were planned for Sunday but the wind was very light and coming from a vaguely westerly direction. This time the start line was on the eastern shore of the lake and the boats drifted through race four which was won by the Chandlers in the VX Ones and, guess who, the SB20 in the handicap fleet. And in what was to be the final race of the event, the winds were so shifty in race five that the handicap fleet caught up with the VX Ones which had started five minutes earlier. This led to some congested mark rounding at the downwind buoy as everyone converged on it at the same time. The Robsons got out of the melee in front of the VX One fleet and went on to win the race, and the event. In the handicap fleet, the Greens final got a first place in their RS 400. After a break for lunch, the wind died completely and the race officer called it a day. Thanks to all the UYC volunteers who gave their time to make the event a success.

Link to an album of pictures from the event:
https://flic.kr/s/aHsmHx9u6m