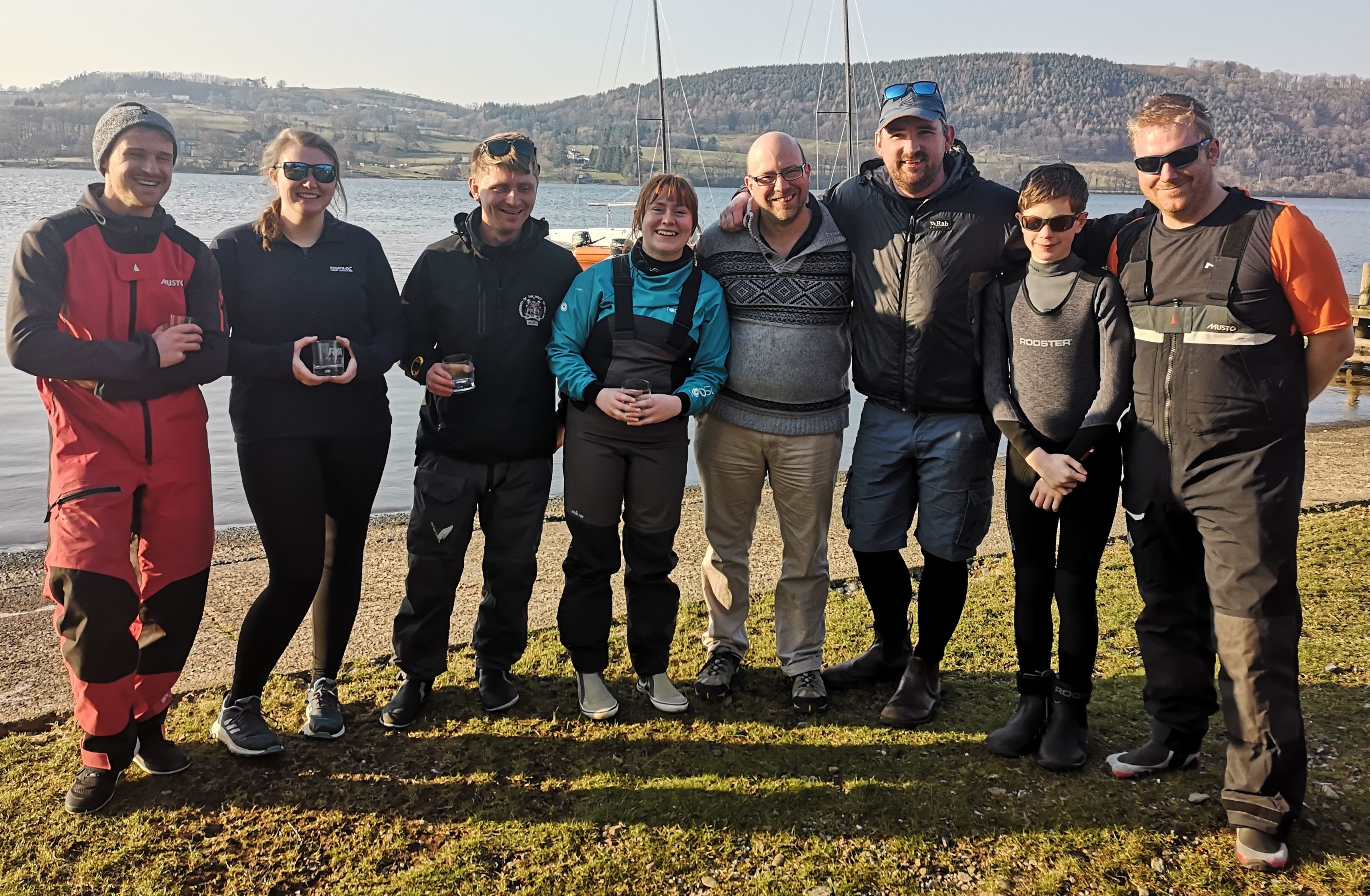 Blue skies and bright sunshine welcomed sailors to opening weekend at Ullswater Yacht Club on March 19 and 20.
And there was also a warm welcome for a group of visiting racers from all over the country who were taking part in a heat of the national RYA (Royal Yachting Association) Winter Match Racing Series in a fleet of identical RS21 keelboats.
In a fickly, gusty easterly wind the teams of four competed in up to 20 one-on-one races over the busy weekend. As well as the visiting teams there were two entries from UYC. The overall winners were from the University of East Anglia led by Patrick Crogan. But there was also close competition further down the fleet which culminated in an exciting sail-off for third place on Sunday afternoon between the two local entries. Taking third place were the team of UYC members Tom Neilson, Harriot Pulman, Sam Smith & Olivia Simpson. Just out of the prizes in fourth place overall were Ian Nicholls, Craig and Neil Robinson and their 'secret weapon' 11-year-old club junior sailor Tom Burrage. Tom stepped in to join the team when the others realised they needed a 'lightweight' fourth member to keep within the overall weight limit. They were full of praise with the way Tom sailed all weekend.
The traditional start to the club racing season, the Spring Noggin involving three races, was on Sunday, March 20. A total of seven club boats took part and the winners on handicap were Keith Lockey and Paul Adams in a VXOne with Dave and Sue Giles in a Flying Fifteen second.
There's an album of Phil Burrage's excellent action shots from the match racing in an album on the UYC website. Link here:
UYC match racing
- Sue Giles