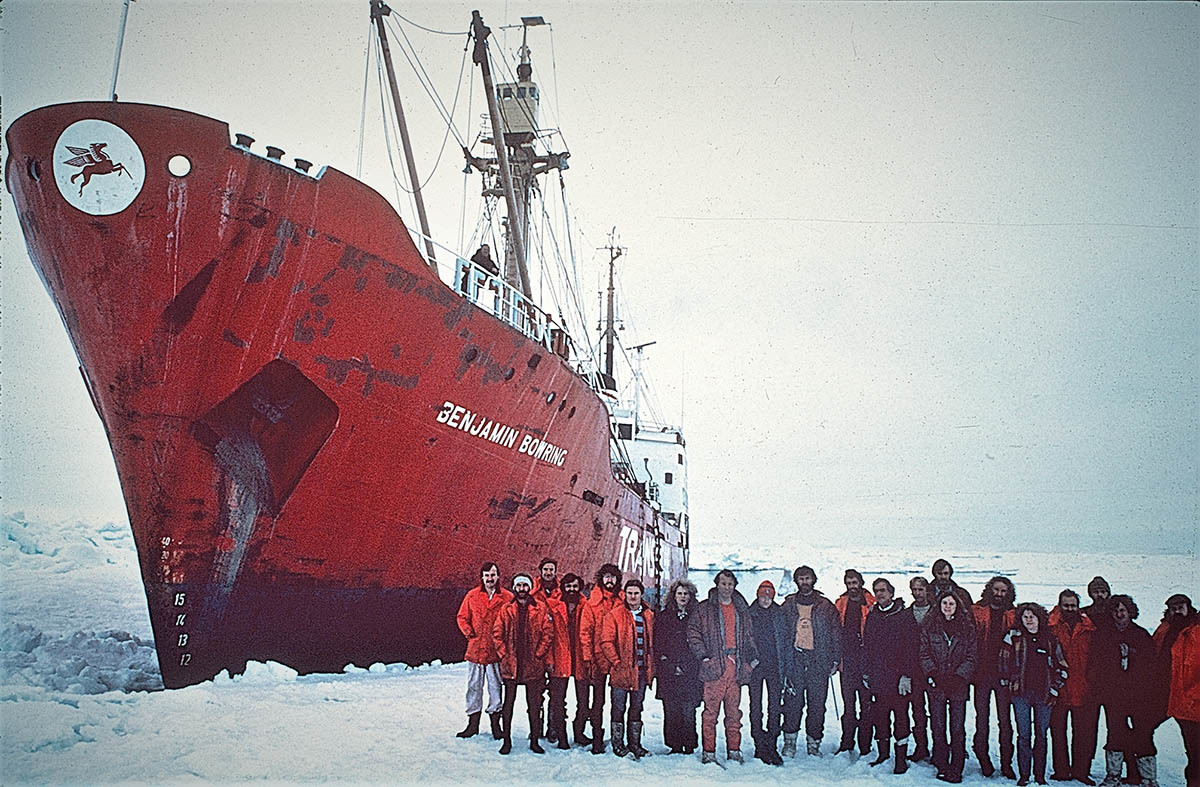 We are very sad to inform members that long-standing UYC cruiser member Les Davis, died in Carlisle Hospital on Tuesday, June 23, just a week short of his 91st birthday. Les and his late wife Anne (Auntie Anne who died in September last year) were great characters and we have fond memories of them both.

Les was a sea captain in the Merchant Navy for many years. He had left his Carlisle home when he was 14, caught the bus to Newcastle and got a job on a ship from the quayside, working his way up. He worked all over the world for the Bowring Steamship Company and in 1979 he became Master on the Benjamin Bowring, Sir Ranulph Fiennes' Transglobe Expedition ship.

The three year expedition circumnavigated the globe via the North and South Poles and Les captained the ship during various stages of the voyage and was a popular member of the team. Anne was well known for her unadventurous diet and the couple loved to tell the story of the time they were invited to an expedition celebration event at a prestigious location in London. Sir Ranulph made sure that despite all the food on offer she was served her favourite egg and chips!

Les was also a great baker of cakes. On his long voyages he filled in his time by getting the ship's chef to teach him how to bake. His funeral is at Carlisle Crematorium on Friday, July 3 at 1pm.