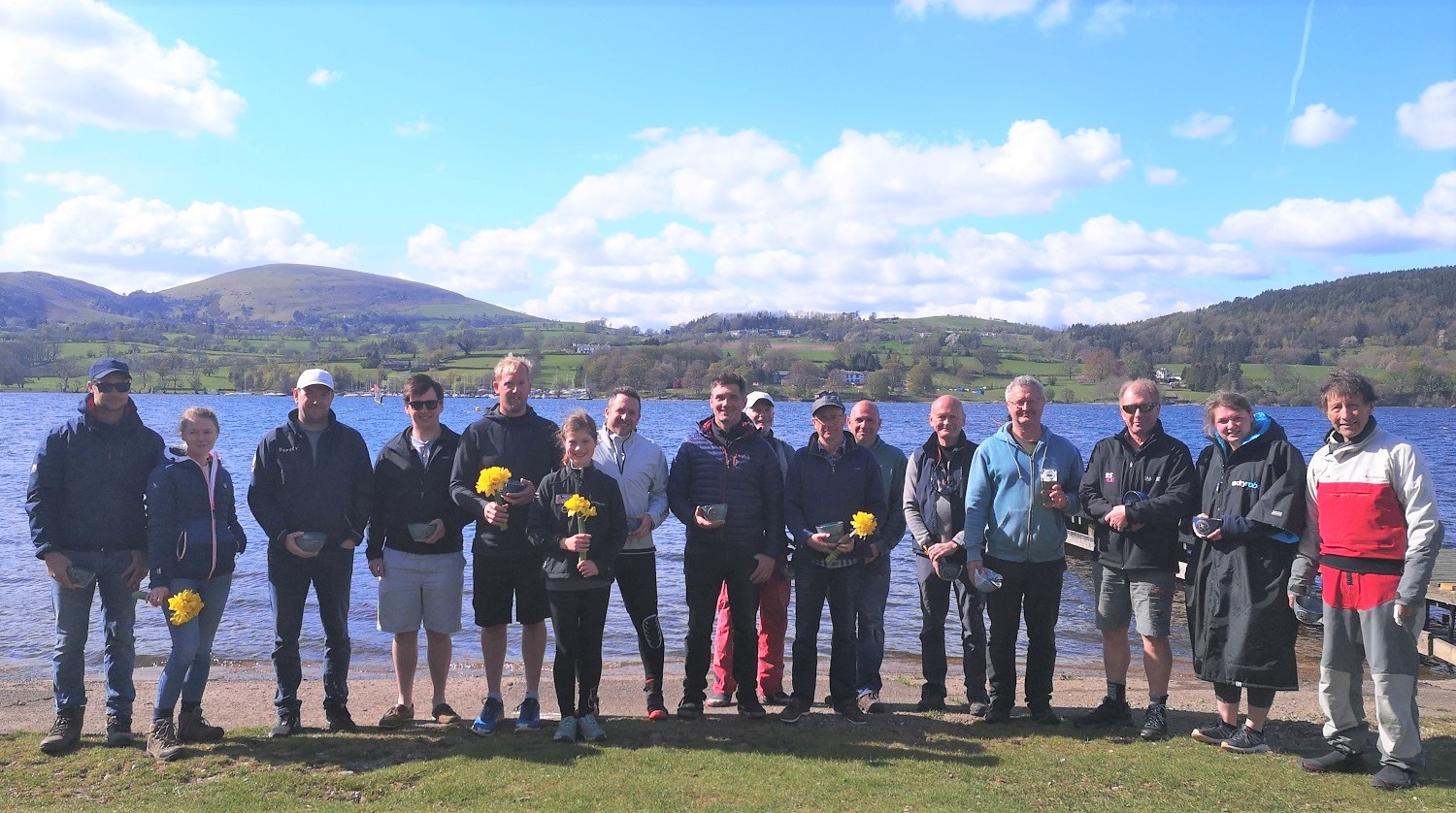 Ullswater Yacht Club's annual Daffodil Regatta on April 23 & 24 had lots of daffodils, lots of sun and blue sky and lots and lots of wind. The vicious easterlies were so strong on Saturday with gusts of more than 30 mph that after a long postponement and no signs of the wind easing, racing was cancelled for the day. A total of 35 boats with sailors from all over the country took part the event. They were split into two fleets, Asymmetrics (Musto Skiffs, VXOnes and RS400s) and Conventionals (keelboats and a mixture of dinghies, mainly singlehanders).
Sunday brought more bright sunshine and a forecast of more gusty wind, slightly lighter but from the same tricky direction. Race officers Graham Donkin, Asymmetrics, and Sean Brooks, Conventionals, and their teams were determined to run the event and there were plenty of takers among the racers keen to get out on the water. The plan for the asymmetrics was for five short races, all back-to-back, with four to count. A windward/leeward course was set at the Northern end of the lake, not easy on a long, narrow SW/NE lake with an easterly wind.
As the first race started, the predicted huge squalls kicked in and the Musto Skiffs, battling against each other and the wind, forgot about the upwind gate and four out of eight were disqualified. The other two fleets managed to get it right and with short races, efficient turnarounds from the committee boat and an easing wind, the five planned races were completed. In the Musto Skiffs, local sailor Jonathan Shelley recovered from a disqualification to win three more races and take the event. But he was pushed all the way by Euan Hunter of Point YC/Dalgety Bay SC who also won a race and got three 2nds, so ended up just one point behind.
The VXOne fleet had seven racers with Philip Murray and crew from Tynemouth SC dominating, winning three of the five races and coming second in the other two. In second place were UYC's Keith Lockey and Paul Adams who won one race. In the RS400 fleet, Ollie Groves and Martin Penty of Beaver SC won four races to take the event. Chris Pickles and Matt Sharman of Bassenthwaite SC were second.
The conventional fleet of 15 boats started in front of the clubhouse with a different plan. Two races, then a break for lunch, followed by two more with three to count. As with the other fleet, the most challenging race was the first, a building wind and a course with several gybe marks, keeping the safety boats busy.
Sam Waller from Beaver SC in an Aero mastered the conditions, winning both morning races on handicap with Charlie Chandler of Bowmoor SC in a Phantom second both times. And after two afternoon races in slightly lighter winds, the final placings stayed the same. In the keelboat fleet Ian Modral and Robin Higgens of UYC in a Tempest won with three firsts.
A huge thank you to all the volunteers who gave up their time to run the racing and chalk up another successful Daffodil Regatta for UYC. The club is now looking forward its biggest event of the year, the Lord Birkett Memorial Trophy on July 2 & 3, entries are open.
Click on the link below to see an album of pictures from the event:
https://flic.kr/s/aHBqjzM95w
Daffodil Regatta winners:
Musto Skiff. 1. Jono Shelley, UYC, 6
2. Euan Hunter, Point YC/Dalgety Bay YC, 7
3. Jamie Hilton, Dalgety Bay SC, 12
VXOne. 1. Philip Murray & crew, Tynemouth SC, 5
2. Keith Lockey, Paul Adams, UYC, 8
3. David Clarke & Harriot Pulman & Chris Mulholland, UYC, 12
RS400. 1. Ollie Groves & Martin Penty, Beaver SC, 4
2. Chris Pickles & Matt Sharman, Bassenthwaite SC, 7
Conventional 1. Sam Waller, Aero, Beaver SC, 3.5
2. Charlie Chandler, Phantom, Bowmoor SC, 5
3. James Lyons, Laser, UYC, 9
Junior prize, Olivia Dembinska, Tera, UYC
Keelboat 1. Ian Modral & Robin Higgens, Tempest, UYC, 3
- Sue Giles 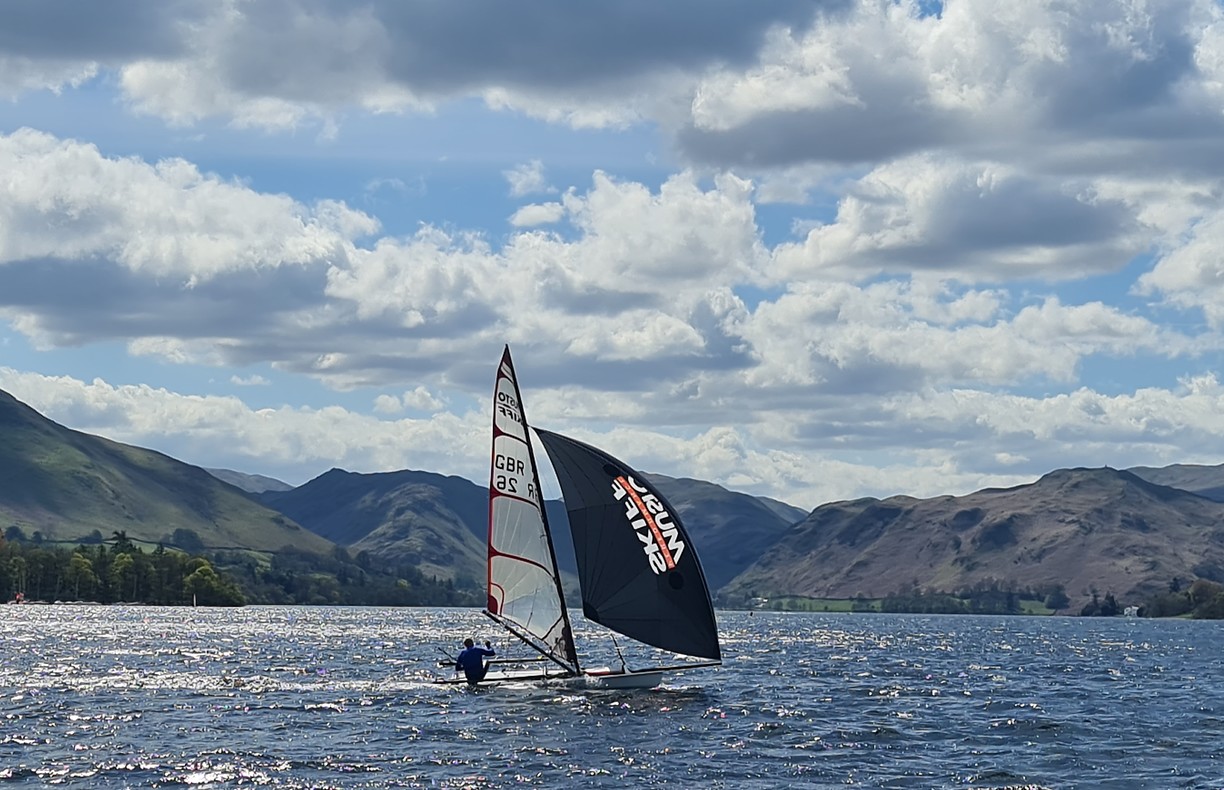 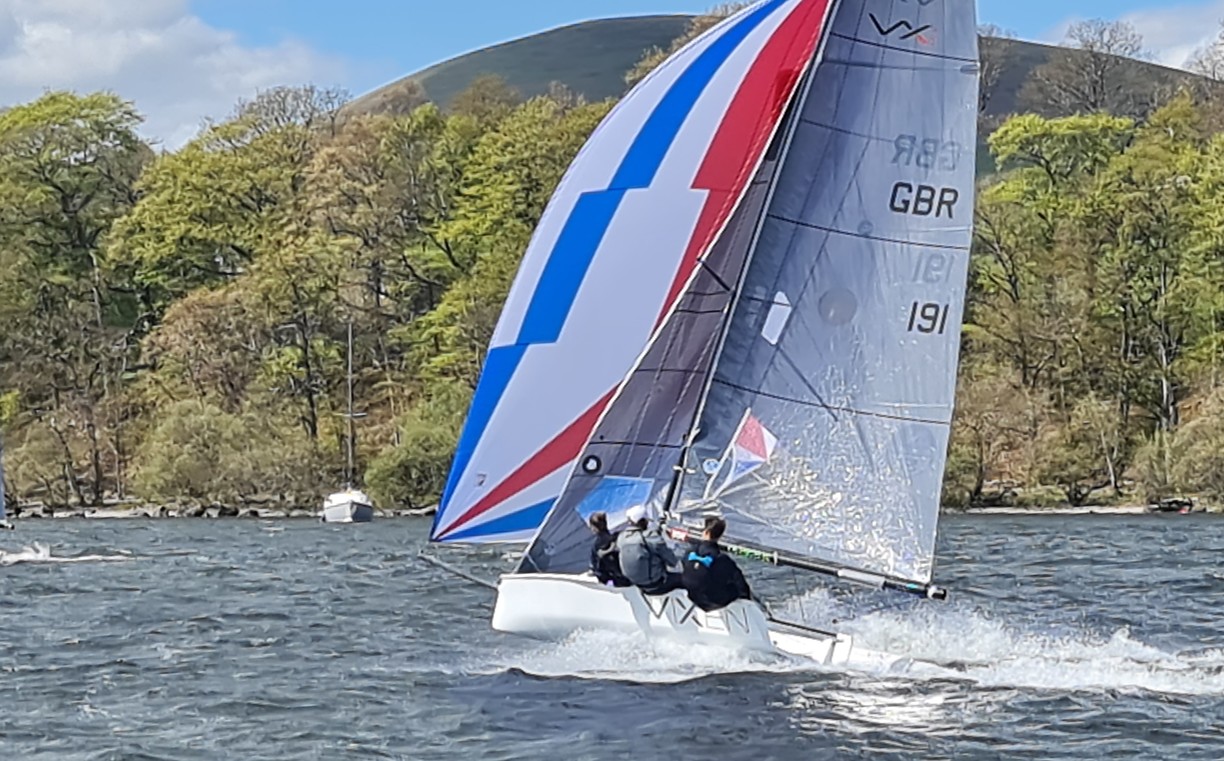