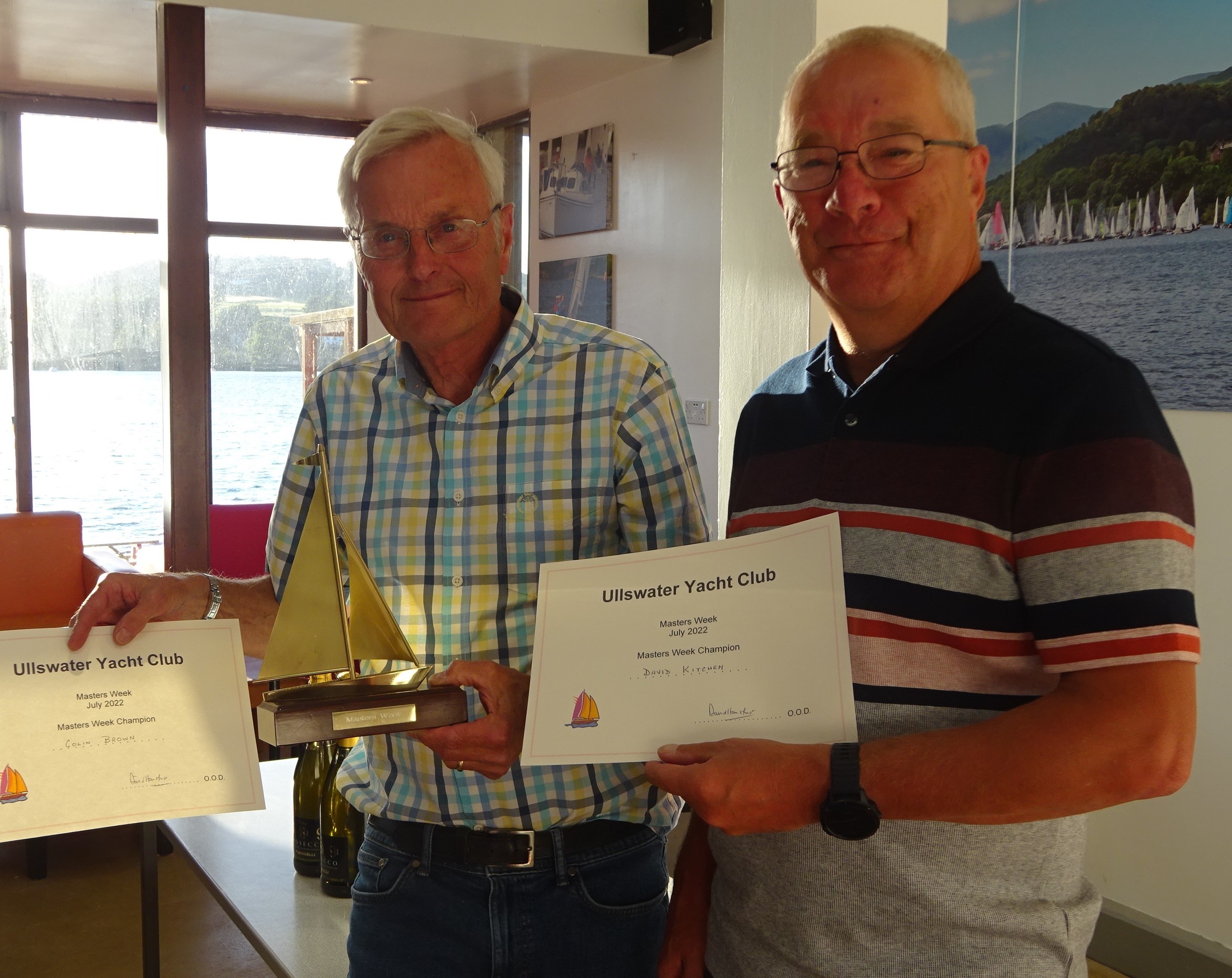 The 23rd Masters Week sailing competition was held at Ullswater Yacht Club from Monday to Friday, July 11 to 15. There were twelve entries in all. This was a great opportunity for regular attenders to meet old and new friends. 2021 Masters Week winner David Hansford was the race officer for the week.
Although there were spits of occasional rain on Friday the rest of the week was all most sailors could hope for, a reasonable amount of wind to keep moving and plenty of sunshine. The final race was a pursuit race, the slowest boat for the week, the one with the lowest accumulated handicap, started first and the rest followed at predetermined timed intervals. The race lasted 100 minutes and positions were recorded at that point~
Race winners for each day received a certificate. They were: races 1,2 and 4 Colin Brown and David Kitchen, race 3 Raymond Harle and John Wales and race 5 John Easterby and Richard Sealby.
The final results, combining the best three of the five race series, were. Colin Brown and David Kitchen sailing a Beneteau 21 were the overall winners with an unbeatable 3 points, followed by Parry Coates and Wayne Gorrie in a Ruffian with 7 points and in third place Raymond Harle and John Wales in a Hunter with eight.
The Masters Series dinner and prize giving took place following the last race. Organiser John Easterby thanked Helen Harle, Denise Cheetham and Moira Wales, in particular, for assisting with the afternoon post race refreshments and Moira for preparing the evening supper, he presented Moira with a bouquet on behalf of the competitors. John also thanked David Hansford for organising the racing for the week, a difficult task at best with the changing wind conditions.
Thanks were also given by the group to John for organising everything else including the timely preparation of the race results with his usual efficiency.
- David Hansford
Picture: Overall Masters Week winners Colin Brown, left and David Kitchen. Picture by Linda Vance