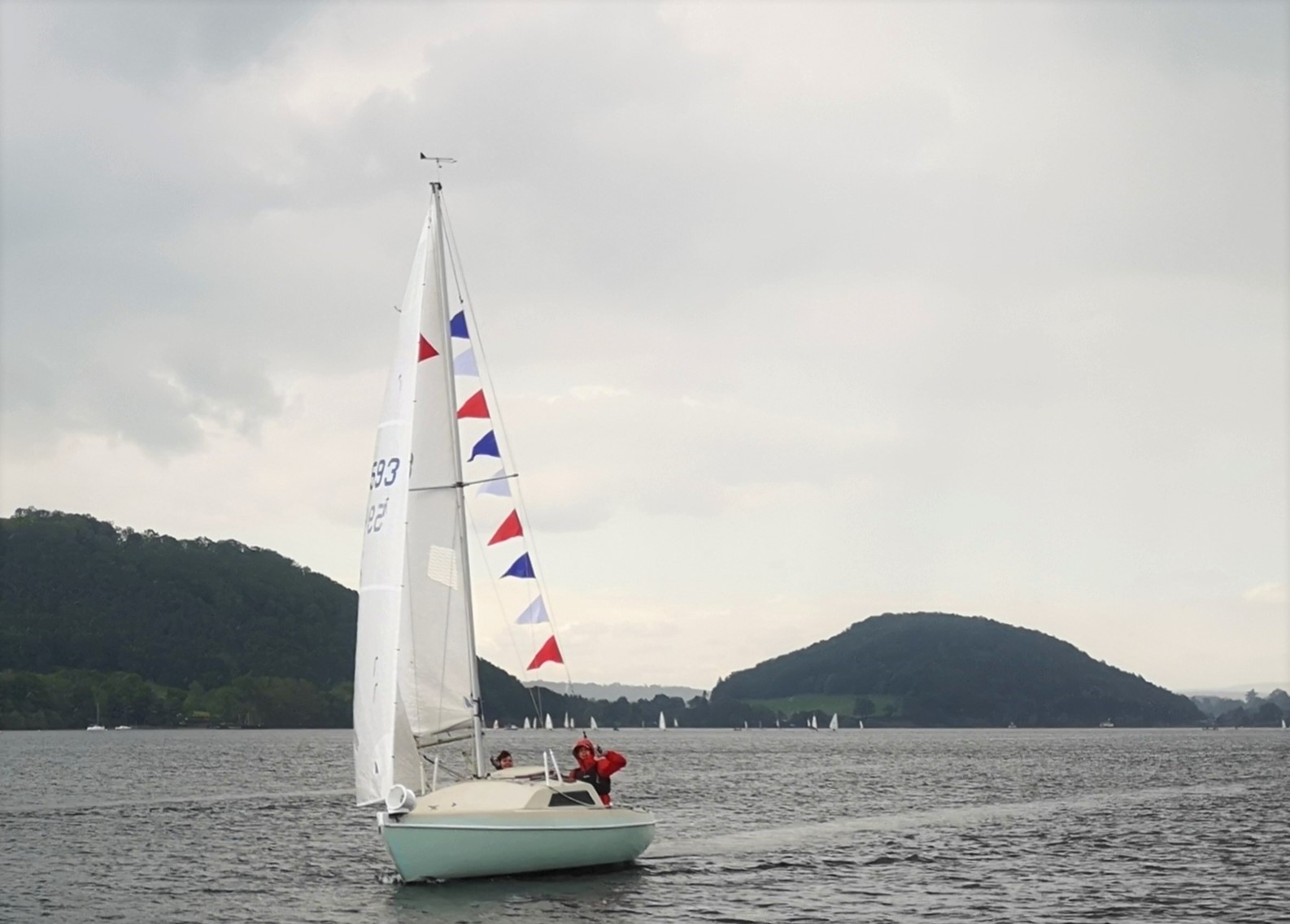 A record number of sixteen boats turned out for the POETS race held on Jubilee Bank Holiday Friday, June 3. It was good to see POETS organiser John Easterby back on the water in his Jaguar 21, Lively Lass, which has replaced the Pegasus which was badly damaged in last year's storms.
The course was Club-Beauthorn-Ravencragg-Lodge-Club, two laps. The fleet got off to a good start but the wind soon became variable both in direction and speed. Walkers on the local fell tops can easily see the differing wind patterns over the lake but at water level some skill is required to plot the best route around the course.
As forecast, it rained heavily for some time. As the wind changed around the rain so did the relative positions of the competitors, those who had started towards the back gradually caught up and overtook the original leaders.
The race lasted some two hours fifteen minutes. As usual, after all that effort most boats finished within 5 minutes of each other.
Line honours went to Steve and Jane King in their fast 24-foot Seascape but after handicap calculations the winner was one of the smallest boats in the race an 18-foot Gem which was sailed by POETS newcomer Tony Dufton.
Results - 1st Tony Dufton: Gem, 2nd Peter Guest: Hunter, 3rd Raymond Harle and John Wales: Hunter
- David Hansford 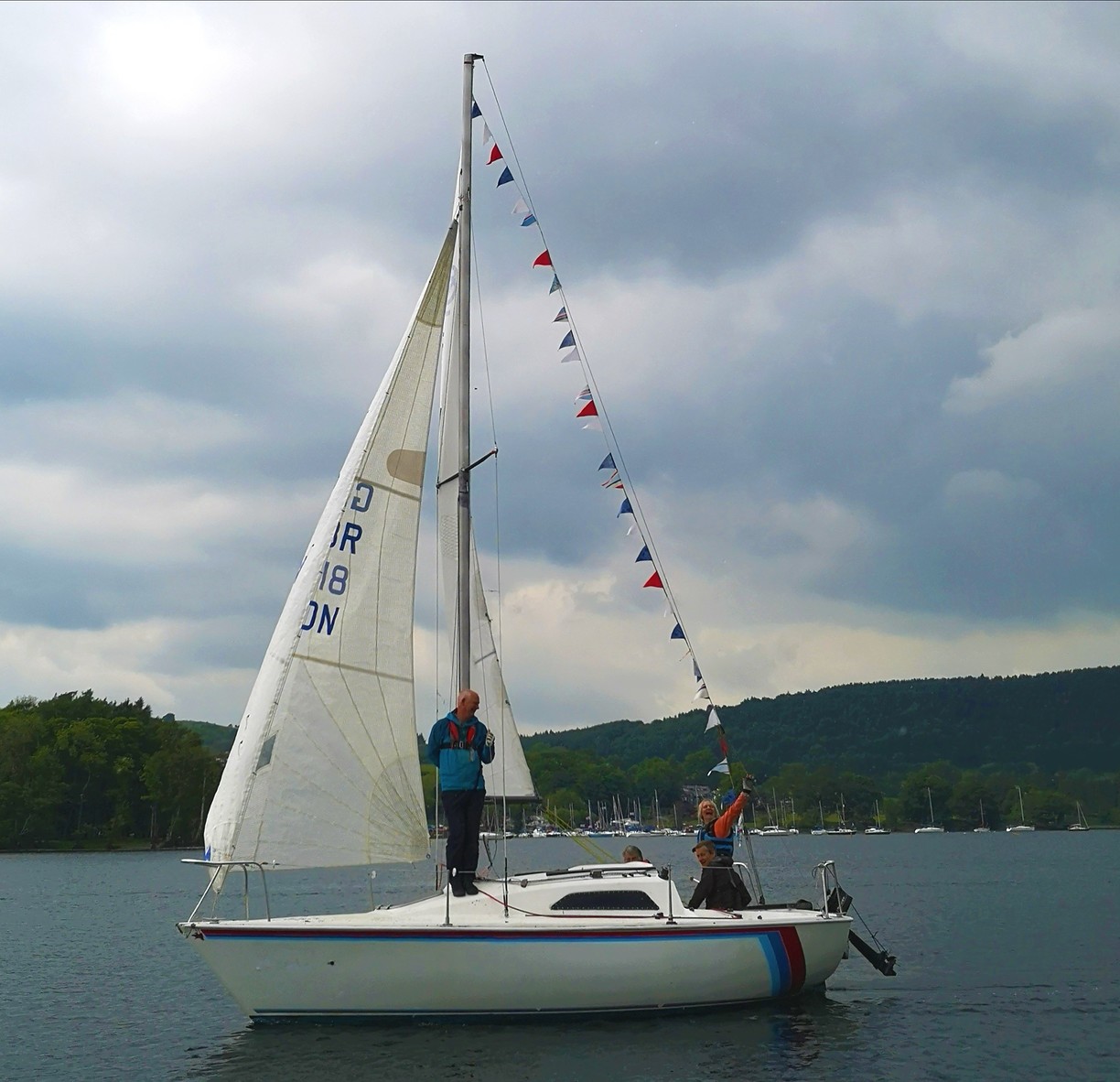