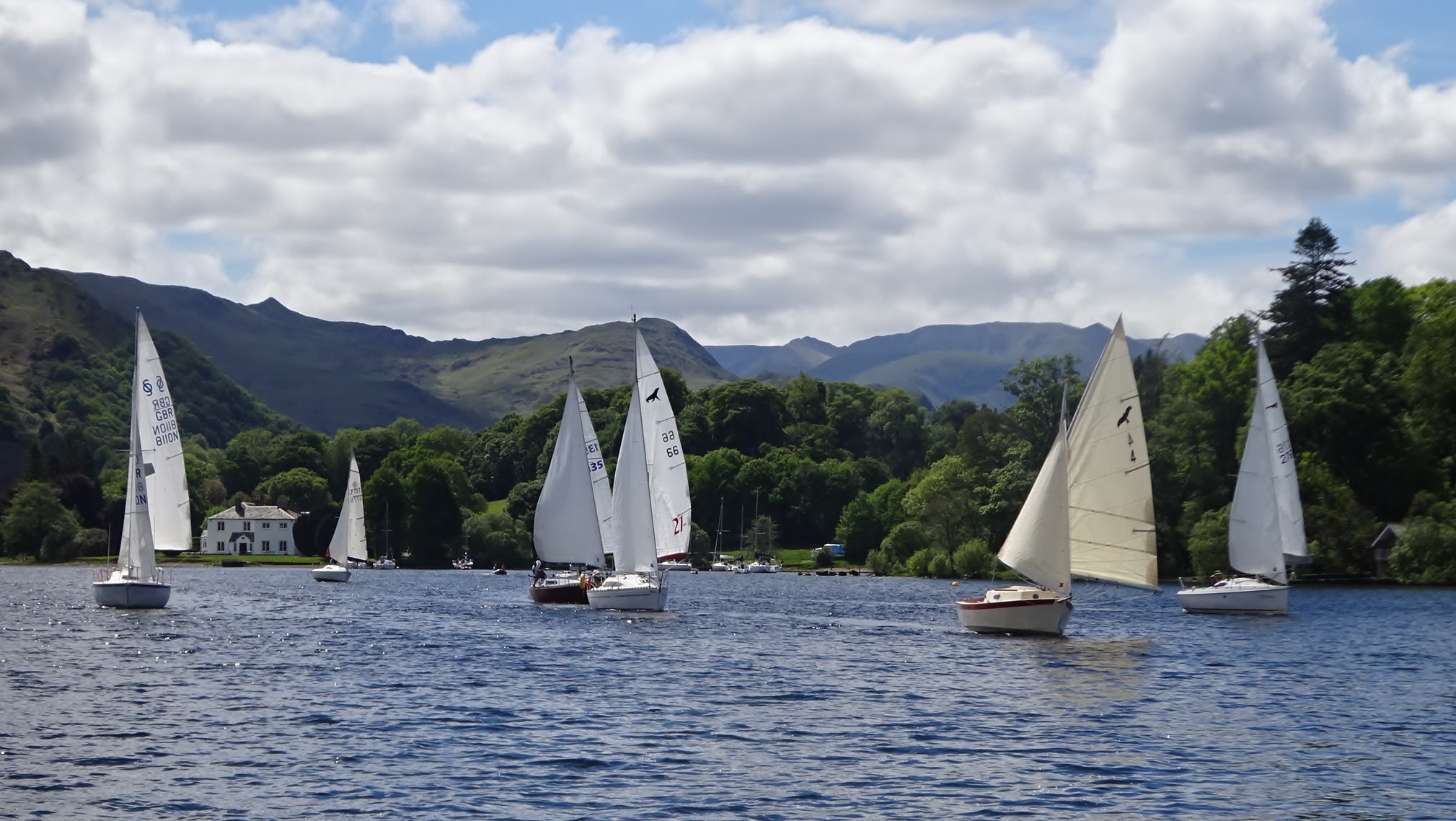 With racing postponed on May 14 and 28 owing to lack of wind, two POETS (Push off Early Tomorrow's Saturday) races were held at Ullswater Yacht Club on Friday, June 4 to catch up. Ten boats took part in perfect sailing conditions, a nice breeze and plenty of bright sunshine.
The first race was held at the club end of the lake and went to Ravencragg and Oldchurch via Sharrow and passing Brunskill (by Castlehows Point) on the way back to the club line. The fleet was in close contention on the long beat to Ravencragg, the boats that began towards the end of the 10 minute starting window had caught up and all they sailed in company back to the finish. After handicap calculations the results were: 1st Sue Harding and Steve Libby (Sonata), 2nd Barrie Cheetham, Parry Coates and Wayne Gorrie (Ruffian) 3rd Raymond Harle and John Wales (Hunter).
The second race was from Brunskill to Harbour, Floshgate and Waterside. The breeze dropped during the starting period and then picked up again. David Hansford in his Pegasus starting towards the back took advantage of this and soon caught up to overtake the early starters with a useful windshift. The competitors had their handicaps adjusted between the first and second races to take account of the earlier finishing positions. The results of the second race were 1st Keith Hyde (Parker 21), 2nd David Hansford (Pegasus) 3rd Barrie Cheetham, Parry Coates and Wayne Gorrie.
- David Hansford