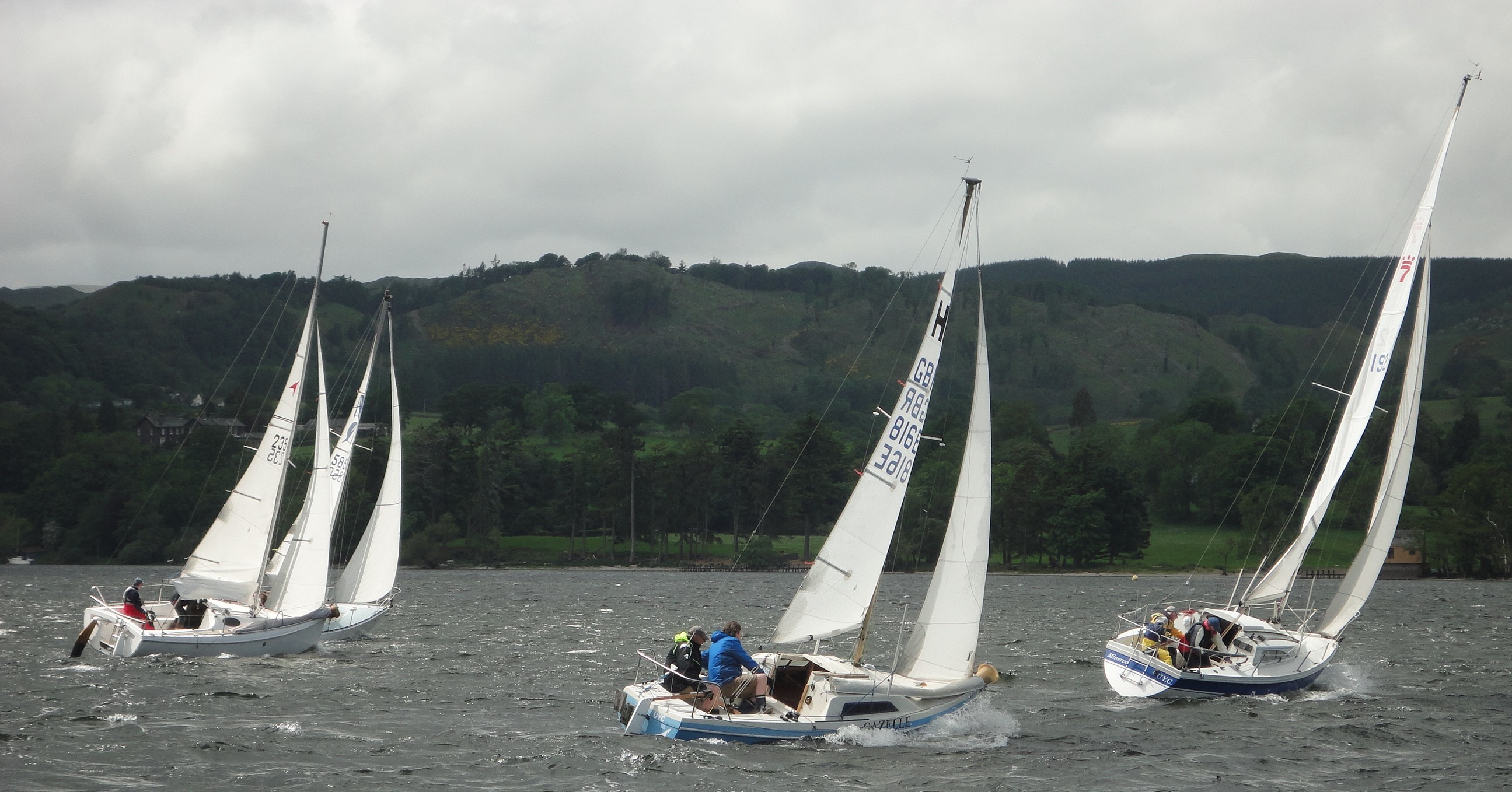 Wild weather returned to Ullswater for the second POETS Island Race on Friday, June 11.
With near gale force winds gusts, the course was kept to the Northern part of the lake between Halsteads and Floshgate. The fleet of seven boats recorded amazingly fast times of just over ninety minutes for the nine mile race. The crews of several boats had wisely put a reef in their sails and the times recorded were as good as the fully rigged craft.
Anxious to get away, the fleet started together at the beginning of the ten minute starting window but by the time the boats reached Halsteads on the first of the two laps, gaps were beginning to appear. Mike Egan and Keith McDermott in an Etap 21, flying a spinnaker, were the first past the club at the end of the first lap followed by Parry Coates in a Ruffian crewed by Barrie Cheetham and Wayne Gorrie. The wind dropped slightly during the second lap and Keith Hyde and Stephen Jury in a Parker 21 removed the reef in their mainsail to increase speed. Colin Brown and Duncan Naylor in a Beneteau 21, who had started at the back of the fleet, caught up and eventually recorded a faster actual time than their nearest rivals John Easterby and Richard Sealby sailing a Pegasus. The Etap recorded the fastest time of 1hour 31 minutes but her handicap rating was increased as a spinnaker had been used. The results were 1st Ruffian, 2nd Etap 21, and 3rd Beneteau 21.
- David Hansford
Picture: Close racing at the start