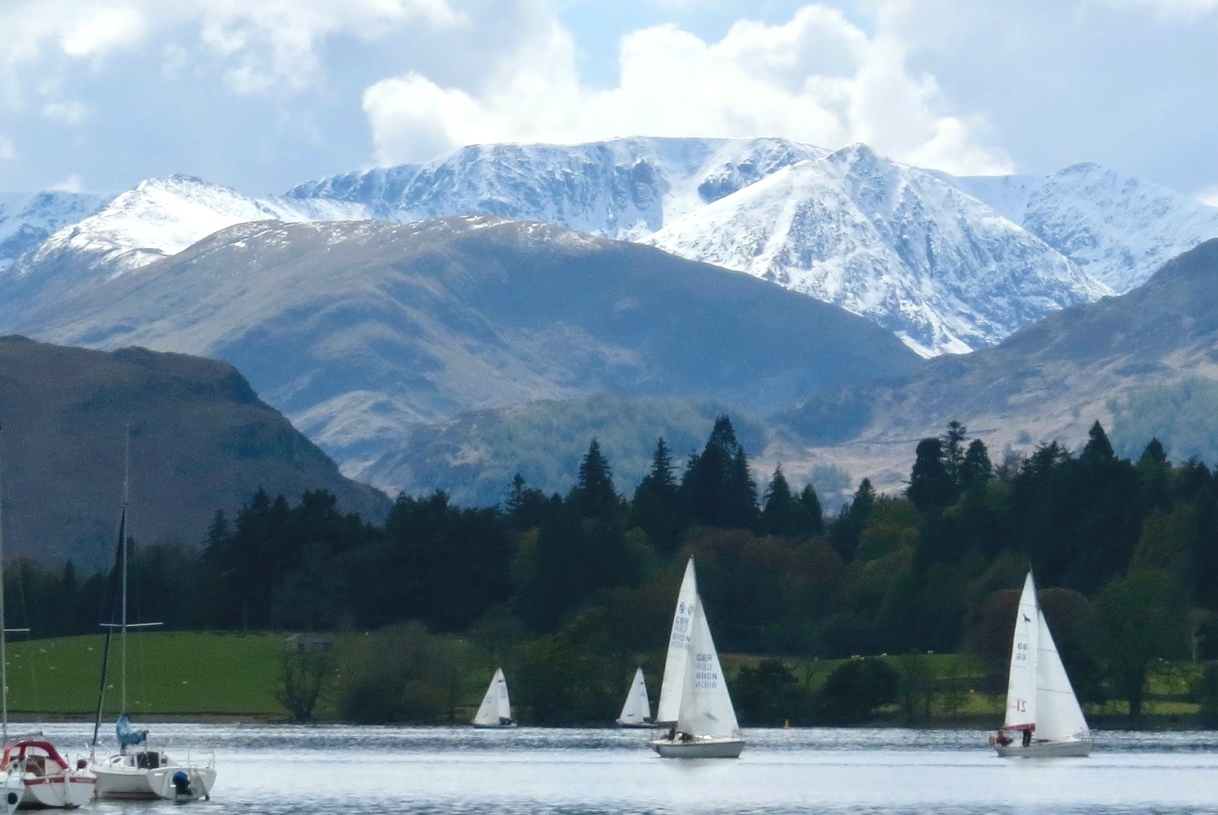 Nine boats came to the start line for the first POETS (Push off Tomorrow's Saturday) Friday afternoon race series of 2021 for cruisers at Ullswater Yacht Club on May 7.
The forecast was for light winds and rain. Race officer John Easterby set a conservative course of two laps - Beauthorn Bay, across to the Sharrow Bay Hotel, North to Harbour, across to Waterside Farm and back to the club.
The fleet stayed pretty much together to the first mark and then, as the wind dropped, gaps began to appear. The leading helms, Sue Harding in a Sonata, Keith Hyde with Dave Giles in a Parker 21 and David Hansford in his Pegasus with crew Derek Pierce, gradually pulled away from the others.
For about half an hour there was heavy rain and bitter cold to contend with. When the fleet got to Sharrow for the second time, the wind had almost disappeared and by the time the leading boats reached the Harbour mark, most of the others had retired. John Easterby decided to shorten the course to finish the race at that point. Having spent more than two and a half hours on the water, the leading three boats finished within a few metres of each other. The wind then freshened and Raymond Harle in his Hunter, with John Wales as crew, came charging to the line. All the finishers then had a challenging sail back to the club.
After handicap calculations the results were: Sue Harding 1st, Raymond Harle 2nd, David Hansford 3rd and Keith Hyde 4th.
- David Hansford
Pictures by Roger O'Connell and Sue Giles