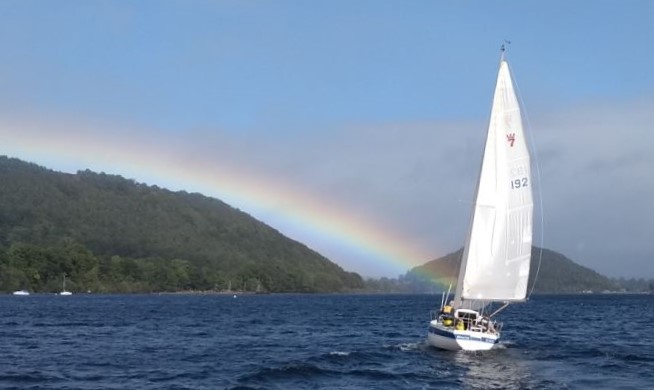 The final two races of the POETS sailing series were held at Ullswater Yacht Club on Friday 24 September. Wind gusts of 35mph were recorded at the Pooley Bridge pier during the races and several of the seven competitors therefore carried smaller sails. The relative positions of the boats on the course, which was Club Brunskill Harbour Floshgate Waterside Club - two laps - hardly altered during 45 minute race.
The results were 1st Walter Riley and Dave Giles, Etap 2nd Colin Brown and Martin Golden Beneteau 21 and 3rd Keith Hyde and Steve Jury Parker 21.
The second race took place in the Sharrow/Ravencragg area of the lake and brought high drama when the Pegasus, Minerva, sailed by John Easterby and Richard Sealby lost her mast in the strong winds. One of the bolts holding the mast supports pulled right through the deck; the mast fell down and snapped in two. Fortunately no-one was hurt in this shocking event and Minerva returned safely under engine to the jetty. This dismasting is the first in the POETS' 27 year history
Sailing on Ullswater is made more difficult by the surrounding hills and valleys, causing strong and variable wind gusts but the cruisers, usually sailed by crews well into their 70s or older, rarely suffer serious damage owing to the skill with which they are handled.
The results of the race were 1st Colin Brown, 2nd Walter Riley and 3rd Keith Hyde. The final series positions will be announced at the POETS dinner and prize giving next month.
- David Hansford 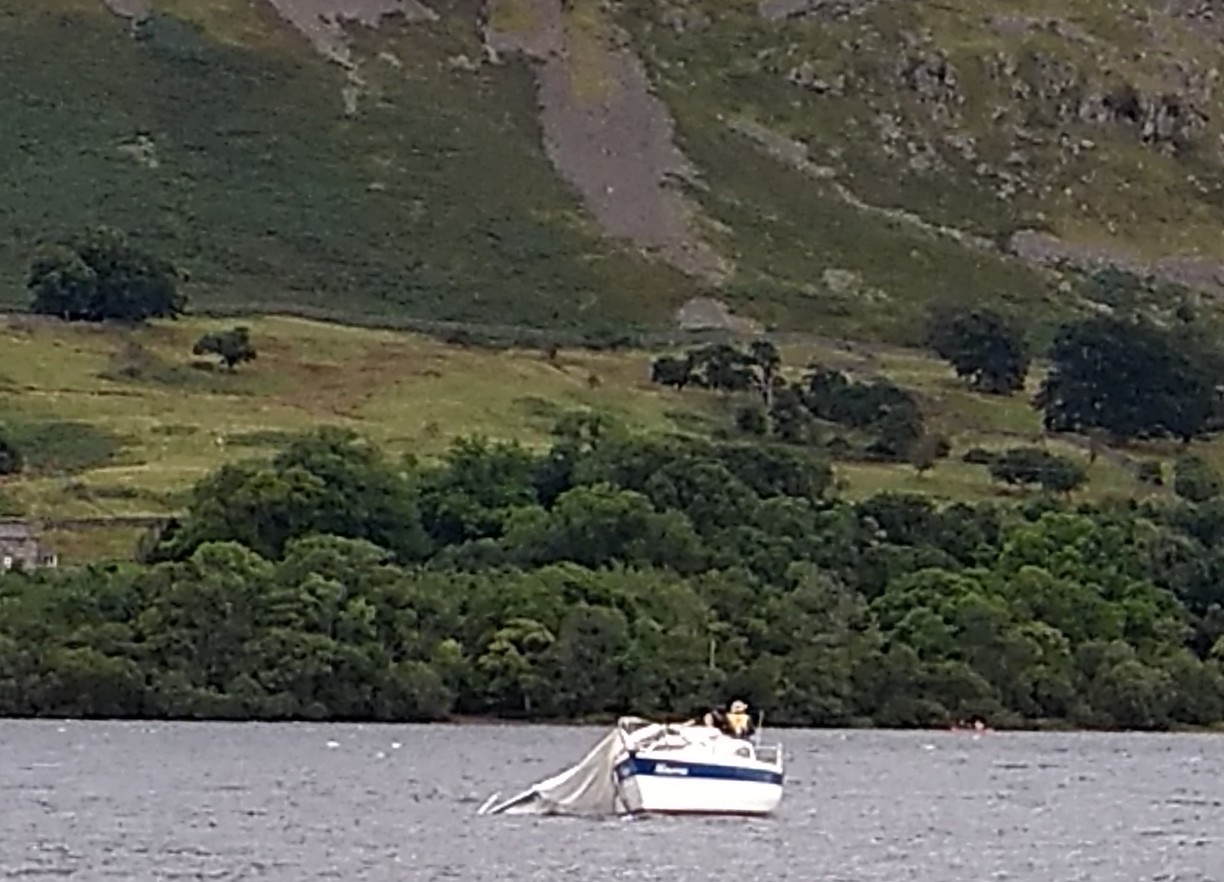