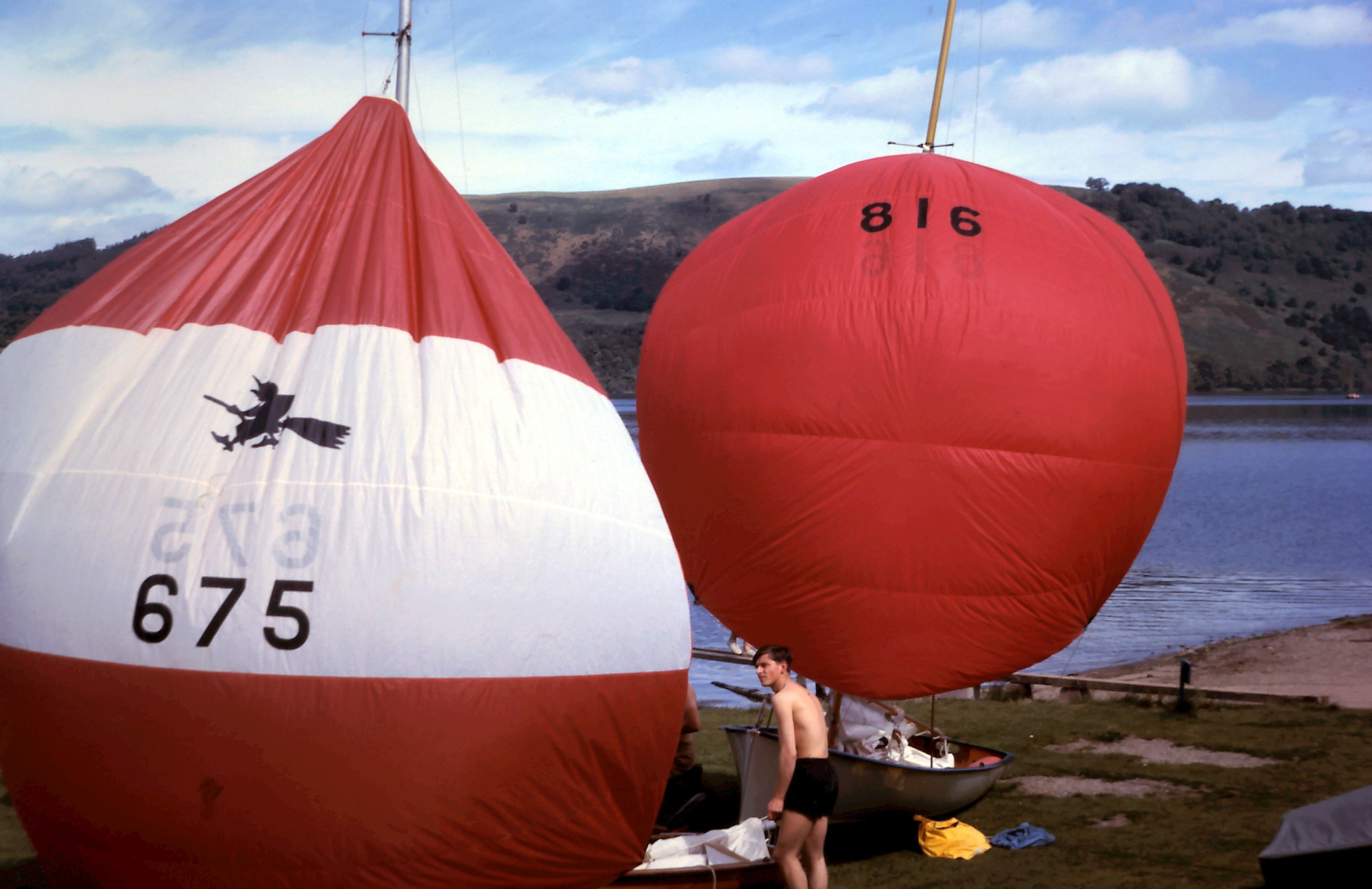 FOR an event which rapidly became such a success, the Birkett did not get off to the best of starts. Around 40 boats, International 14s, National Twelves, GP14s and Enterprises, including several visitors rigged in the sun on the front lawn for Saturday's race on July 27, 1963. The winds were light when the fleet set off for the island and the winner on handicap was UYC helm Ted Kirby in his Flying Fifteen with Robin Steavenson of Tynemouth SC second in International 14, number 675, WitchWay. But on Sunday, the wind was even lighter. Robin, crewed by 24-year-old Ewen Stamp, established a lead on the beat up the lake and turned round the island to run back about a mile ahead. The wind died and as Robin crossed the line it looked as if no other boats would finish within the time limit of six hours. But with just 20 minutes to go, Ted Kirby's Flying Fifteen drifted round the point. In a puff of wind he finished with just 30 seconds left. They were the only two finishers and most of the other competitors had to be towed back to the club. Because Robin had won the last race, he was the overall winner with Ted Kirby second. Robin and his crew were presented with the beautiful new silver salver on the clubhouse veranda. Robin's son Howard can remember the weekend well. He was nine and he recalls returning to their home near Darlington over the A66 with his dad who was not happy because he had not been allowed to take the beautiful new trophy away with him. Howard went on to win the Birkett himself three times - in 1991, 1996 and 1999, with three different crews.