How we learned to sail by Dave & Sue Giles

We never meant to learn to sail. But in the summer of 1970, out of the blue, we hired a motorboat for a week on the Norfolk Broads. There was a small fibreglass rowing tender behind the motorboat.

We moored for the first night in the middle of South Walsham Broad and Dave decided he wanted cigarettes from a shop on the shore. He got into the tender and discovered that along with the oars were some pieces of wood and a brown square of material - it was a sailing boat!

Neither of us had ever had anything to do with sailing, or boats, but we did love the water. I had been a competitive swimmer and Dave had enjoyed many hours as a child rowing on Peasholm Park lake, Scarborough and watching the boats in the harbour. He decided to try and figure out how the sailing boat worked. With the gaff-rigged mast and brown sail up, the wind blew him to the shop. He got the fags and he thought he was a sailor until he had to get back to the motorboat, upwind.

Many hours later, he made it. We spent the rest of the week moored in the same place trying to figure it out. We were hooked and life was never the same again. Back home in Darlington, Dave was determined to learn as much as he could about sailing, reading books and scouring the local paper for boats for sale.

We went to see a wooden Enterprise for sale in Redcar but it looked too big and intimidating and, not knowing what we were doing, bought a Fennec, a French dinghy like a small 420. Our first sail on Semerwater near Hawes one Wednesday night after work was a disaster and made us more determined than ever to learn how to do it.

We enjoyed camping and started towing the boat on a weekend to Waterside Farm camp site on Ullswater. We put the tent up next to the water, spent most of the weekends upside down and went home with a mountain of wet clothing. We didn't know anything about wetsuits.

One weekend we pulled into Waterside Farm, turning right to our usual spot when a tall, angular fellow came up to us and asked us why we were turning right. "All the sailors turn left and camp on this side," he said. He also told us he once had a Fennec but now sailed a Fireball. It was Bob Noble, he became one of our dearest friends, a friendship that changed our lives.

Bob, his lovely wife Joan, teenage son Lester and little son Lee, were part of a delightful gang of enthusiastic 'oddball' sailors who got together every weekend on the left side of the camp site. Also regularly camping there was Father John, a Catholic priest who brought a group of pupils from his Darlington school and taught them to sail.

We had a go in Bob's Fireball and I had a taste of trapezing. The Fennec never seemed the same and before long we had a Fireball of our own, K622. We loved to follow the racers of Ullswater Yacht Club which was just a few hundred yards away. The two Fireballs may have got in the way, but we reckoned that "the lake is for everyone and we have a right to sail where we want," and that a yacht club was not for the likes of us.

Up popped Bill Richardson, UYC Fireball fleet captain, who was determined to expand his fleet. Friendly and likeable, he spent many hours parked on the lakeside road talking to us over the hedge trying to persuade us to join. Finally he succeeded, and at a committee meeting on July 29, 1972, Noble R A and family became membership number 50 and Giles D & Slater S E (that's me) number 51.

We still weren't sure and at first we kept our Fireballs at Waterside, sailing to the club for the Sunday morning race, back to Waterside for lunch, then to the club again for the afternoon's sailing. But we soon realised that the club was full of people just like us, sailing enthusiasts who were friendly and welcoming. We moved the boats to the club, beginning a wonderful lifelong association with UYC and all the members of the Giles and Noble families have been passionate about Ullswater Yacht Club ever since.

Pictured: Our first sail in a gaff-rigged tender on the Norfolk Broads, and our first Fireball at Waterside 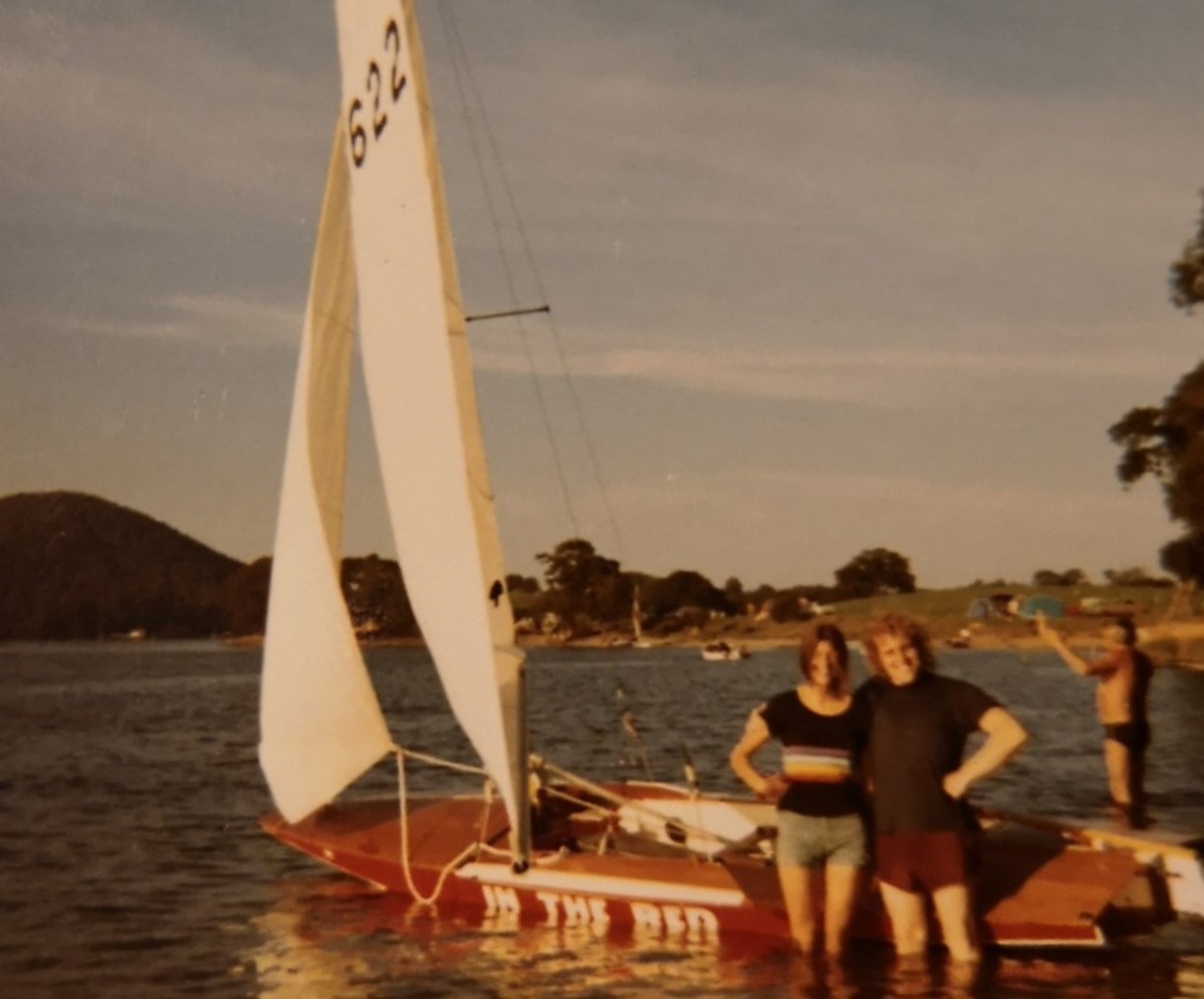