How we learned to sail by Ian & Pat Priestley 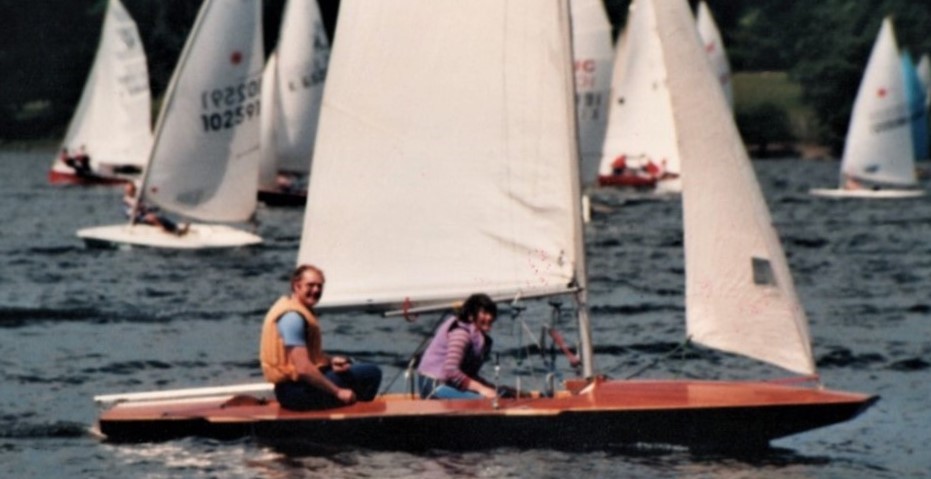 During the sixties and seventies I was a keen climber and walker. Weekends and holidays were spent on the cliffs, crags and fells of the Pennines, Wales, Scotland and the Lake District. A regular climbing partner of mine was a chap called Bill Richardson. Bill's parents had a caravan on a site near Ullswater and we would often stay there as it made a good base for the Northern Lakes. Bill's sister Pat would often join us for weekends. One advantage of Pat coming for the weekend was that she was a home economics teacher and would usually volunteer to provide food. We liked to go for a drink at the White Lion in Patterdale. This involved someone having to drive. Fortunately, at that time, Pat had not developed her heavy drinking habit so she was persuaded to do the driving. Counties had different licensing hours. The White Lion in Westmorland closed at 10pm but the Brackenrigg in Cumberland was open until 10.30pm. With Pat at the wheel of her mini and driving like she was auditioning for a role in the Italian Job, we could be out of the White Lion at 10 and in the Brackenrigg before last orders were called at 10.20.

Bill and Pat's dad was a keen fly fisherman and regularly fished Ullswater and the nearby rivers. Convinced that enormous trout lay just beyond his casting range on Ullswater, he ordered a rowing boat, a Puffin Pioneer. When it arrived, the delivery driver insisted on leaving some spars, sails and foils, despite the fact that they had not been ordered. Pat's dad decided that they would have to be stored in the garage in case they would need to be returned. A couple of years later they were still in storage so Bill decided it might be fun to have a go at this sailing lark. The boat was loaded onto Pat's car roof, spars, sails, foils and crew were jammed inside and we headed down to Glenridding for our maiden voyage.

While none of us had any sailing experience, Bill's father had been in the Merchant Navy, and his mother was the daughter of a bargee so he was convinced that he would have inherited sufficient nautical genes to more than compensate for a lack of experience. We set sail (with the jib upside down). All went well at first and we were soon flying along at a great rate of knots. As our confidence increased so did the strength of the wind. Something had to give and that was approximately a square foot of polystyrene hull where the windward shroud was attached! Salvage operation completed, we took ourselves to the pub for a post voyage debrief and to write up the ship's log.

Sunday morning and Bill, undaunted by yesterday's near death experience, declared his intention to drive to Ullswater Yacht Club and explore the options for furthering his new-found passion for sailing. Pat who, remember, was also the daughter of a merchant seaman and bargee, (there has always been a somewhat strained relationship between those who earn their living on the water and those who use it for pleasure), was having no truck with a 'Yacht Club'. So Bill headed off to UYC whilst Pat and I preferred the more visible perils and dangers of Striding and Swiral Edges on an ascent of Helvellyn. Bill joined UYC, bought an Enterprise and persuaded Pat to crew for him. A Fireball soon followed. Pat tells the story of the 'Waterside beach boys', (Giles, Nobles, Lyons and others) who tagged along with the racing. Bill regularly visited Waterside and eventually persuaded them to join the club.

I continued my climbing exploits, sometimes accompanied by Pat, but I would occasionally visit UYC, have a trip out in the Fireball and usually a bracing swim in the lake. Pat and I were married in 1972 and I joined the club. Having been dangled off such climbs as Napes Needle and the Inaccessible Pinnacle, Pat insisted on a boat which she could dangle from and so we acquired our first Fireball, 'Ironside'. Other Fireballs followed and at that time the Fireball was probably the strongest fleet in the club with regular Sunday turnouts of a dozen or fifteen boats and open meetings which attracted 60 or 70 visitors. I had a Laser for a couple of years while Carolyn and Graham were young, and then back to Fireballs. Carolyn and Graham took to sailing and we spent several years taking them round the Topper circuit.

At that time, a group of UYC cruiser sailors trailed their boats to Scotland for a couple of weeks' sailing which was something we were hoping to do. So we bought 'Goosewing', a Hunter Sonata which is still at the club. Goosewing was based at UYC, but we had three or four years when we took her to Scotland for four or five weeks in the summer, sailing from the Clyde to the Outer Hebrides. After our cruising exploits on the west coast we decided we would like to get back into racing, so the decision was made to buy a Flying Fifteen. I really cannot speak too highly of the Fifteen, very few vices and a very competitive open meeting circuit. We sailed the Fifteen for about 12 seasons and then decided to move back into the Cruiser Fleet with a Beneteau First 211, 'Spindrift'. Ironically, our move from the Fifteen coincided with an increase in the numbers of Fifteens at the club. I suspect that there is a message there for me somewhere! Unfortunately the Beneteau is now for sale, anyone looking for a small cruiser (never raced or rallied), give me a call. 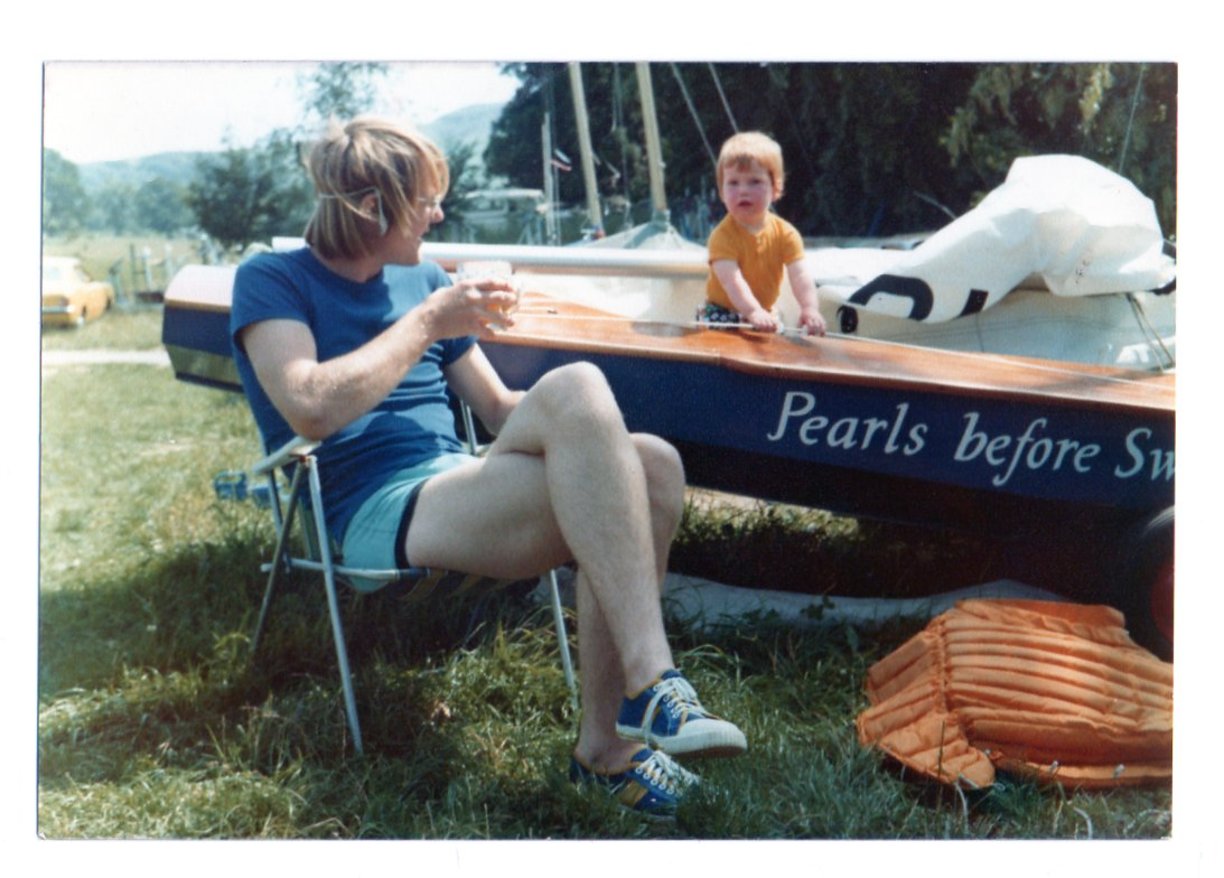