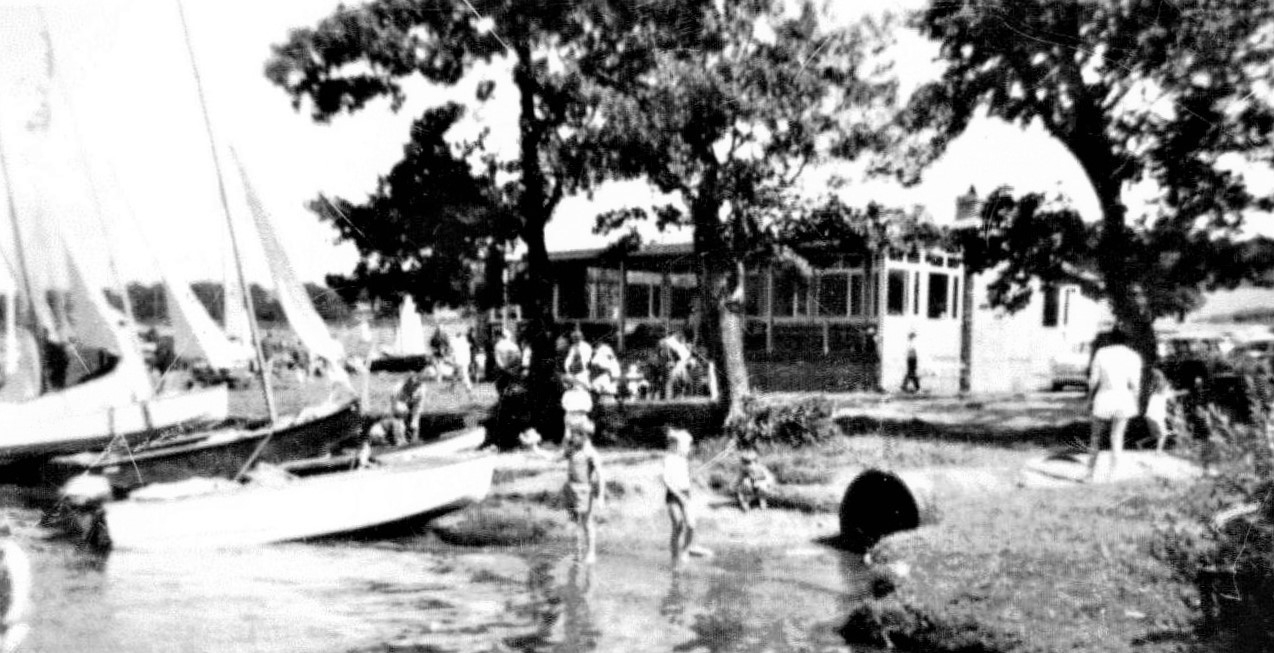 Jim Jackson, of Guisborough, sailed a Heron on Ullswater in the 1950s from his caravan which was on Mr Allen's field at Thwaitehill Bay. His caravan was in a prime spot, under a tree in front of where the clubhouse is now, and he strung his radio aerial in the branches to get the best reception. When the newly-formed Ullswater Yacht Club acquired the site in 1959 he wasn't very pleased because it meant he had to move his caravan. "I couldn't beat it so I joined it," he said. He moved his caravan over a wall into the next field and became a keen club member.

He remembered an early race in which there were 19 capsizes, mostly G14s and Enterprises, and no safety boat. Bill Sharp, who had a caravan at Waterside Farm and also owned a motor boat, volunteered to tow the capsized dinghies to the shore. He ran out of petrol and as Jim Jackson was the only member with an outboard he had a spare can which was passed over to Bill to keep him going.

"He later joined the club and often reminded me of the day he saved the club with my petrol," said Jim. In the early 1960s, Mr Jackson joined the Flying Fifteen fleet


Pictured: Jim Jackson's son with their Flying Fifteen and Jim's photograph of a busy foreshore at UYC in the early days 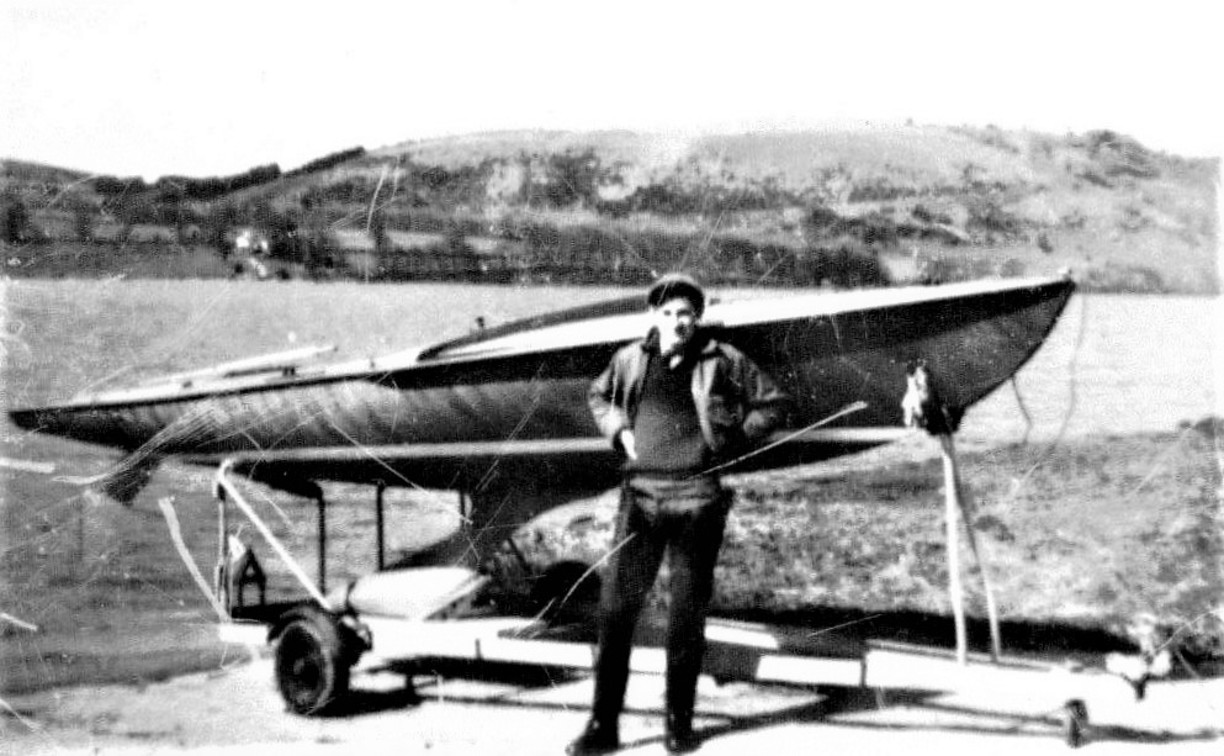