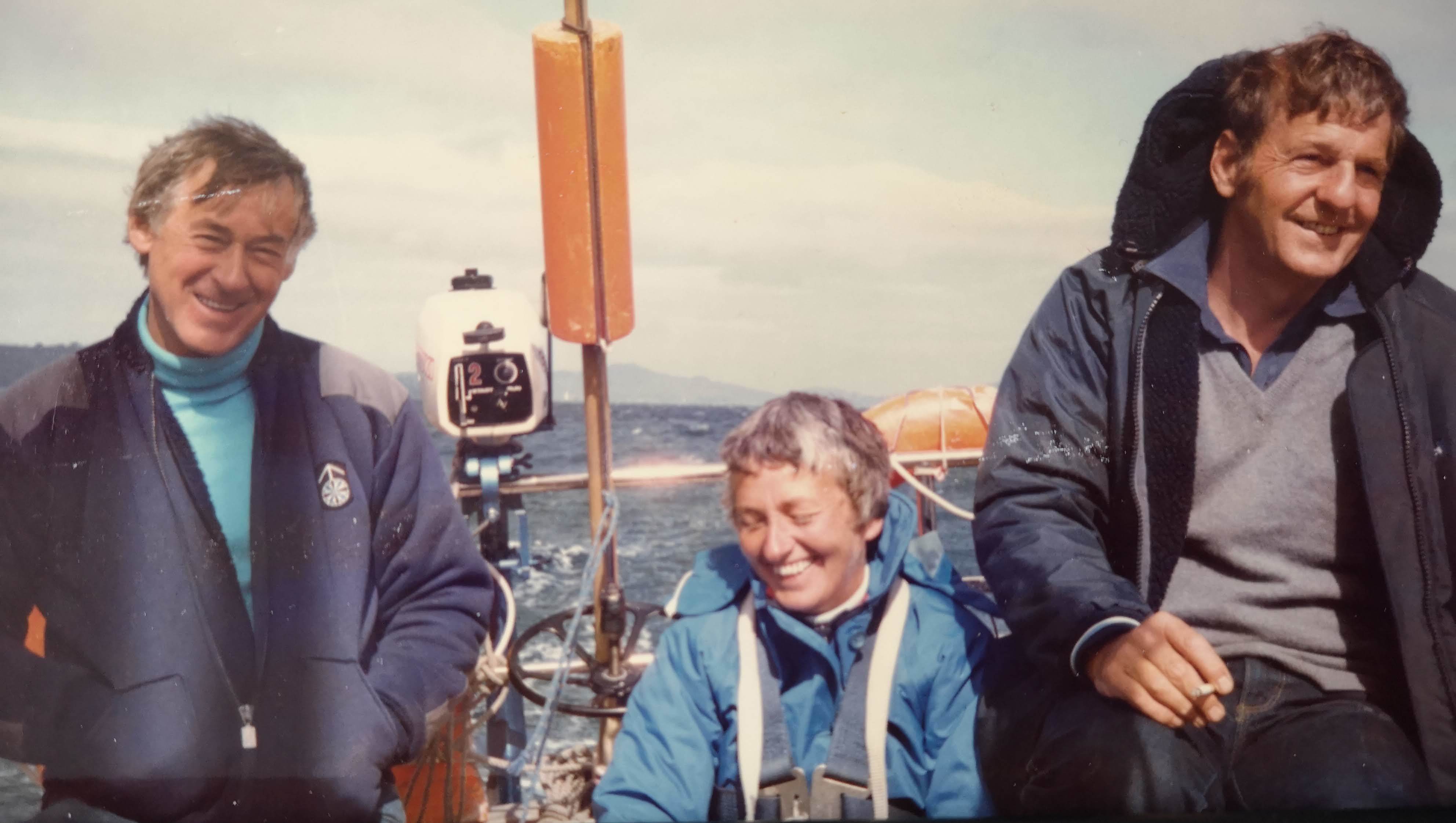 I was a sailing late developer. In the early 40s, my uncle, who was the Secretary of Filey Sailing club, took me out in his Sharpie, a half decked dinghy. I was not impressed and my lack of enthusiasm did not engender any further invitations. I must have been about 11 years old and was seriously into competitive swimming and awakening hormones demanded something more exciting. Rugby took over, National Service, Loughborough College followed.

Then in 1964 in my 40s, after teaching at Keswick School and Barnsley Grammar School, I was appointed as the first warden of Howtown Outdoor Activity Centre. The brief was to teach a range of activities, including sailing, to pupils and teachers. I knew nothing about sailing! Interviewed by what seemed to be the entire Durham County Council, Ann and I innocently bluffed our way through the process. When asked about my experience of sailing I mentioned that I had been in the Royal Navy. This was sufficient for the Committee. Ann, who was being interviewed for the Matron's job was similarly questioned about her experience and being the head receptionist at the Grand Hotel seemed to satisfy them as to her domestic qualifications. In her inimitable way she told them that having brought up a family, it was just a matter of common sense. We were astonished to be appointed.

This presented me with a dilemma. I had taught PE at Keswick School and at Barnsley Grammar School and included climbing, skiing and canoeing but never sailed. I was very apprehensive (so was Ann) but I read every book I could find on sailing so I was clued up on the theory but wondered when my bluff would be called.

Dorothy and Keith Coxon, already members of the Albacore fleet at Ullswater Yacht Club, were subsequently appointed as instructors so the game was up. However, I was grateful they never mentioned my incompetence. Also appointed, on a temporary basis was Frank Riley, also a UYC member and Albacore sailor, whose task was to familiarise us with Ullswater. The sailing boats, purchased before I was appointed, included Yachting World day boats, a Wayfarer and three wooden Herons. Frank was keen on the Herons and regarded the day boats as 'tubs' so we spent most of the time rescuing him from various capsizes in the Herons. So much for the familiarization. Later Joan and Richard Robinson joined the staff.

I played rugby in the winter but needed some fun in the summer so I joined UYC in the Albacore fleet, of course. Working through from wood to GRP, to composite and back to a superb wooden boat collected from the Isle of Wight and costing £185. By now I was smitten, and for many years competed in the Albacore Nationals and various regional competitions, even winning the Scottish Championship. The UYC Albacore fleet included Robin Higgins and his father; Ken Birks, a past Commodore (Anne Noble and Tim's father); Raymond Foord, crewed by Arthur; Val and Jack Hartnell; Frank Riley, crewed by Wally, his son, who often sails in the Birkett. My most successful crew, then a mere schoolboy, was David Lyons. At a tender age even then endowed with a killer instinct which pushed me into many dodgy but usually successful situations. Ann, having been pinned down by the Albacore when she slipped as we came ashore, had decided that that was enough.

Some may remember Malcolm and Judith Lawson, keen Tempest sailors now living in Florida. Judith, a slip of a girl who was too light for serious competition, recruited me to crew for Malcolm, campaigning for the 1976 Olympic team. This involved many Friday overnight journeys to Calshot for training, returning Sunday night to be picked up by Ann at 5am on a Monday morning from Scotch Corner. We came third in the Olympic trials at Weymouth so were not selected for Kingston but were to represent the UK in the Europeans in Kiel. I think we came 13 th.

After 17 years at Howtown, when chartering with the family on the West coast of Scotland in a 17 ft cruiser and struggling upwind for a ten hour trip to the home port, a Contessa 32 creamed past. From then on that was the boat for me. How could I get to the West coast and sail a Contessa? I applied for, and was appointed, to the Principal's post at Inverclyde, the Scottish Sports Councils' National Sports Training Centre at Largs which included the National Sailing Centre on Cumbrae, sold the house at Howtown, used some of the capital to buy a Contessa and moved to Scotland. By now Ann was back on the team and we had a wonderful 10 years cruising and racing on the West coast, but that's another story.

I had always kept a house in the Ullswater area and maintained my membership of UYC and when not cruising in Scotland, sailed with Jack Hartnell in his Hunter. In 1990, after retiring, I bought 'Tin Tacks' from Raymond Foord and Nigel Hampson came to crew. The Hunter fleet was very strong having some thirty boats with 10 regular racers. The racing was very keen and we even hosted Nationals with visiting boats from Scotland. Then in 2000, Jack and I bought an Etap 21i and that's yet another story

Pictured at the club: Robin Barratt and his 'most successful Albacore crew' David Lyons. Cruiser sailing: Jack Hartnell and Ann and Robin Barratt. 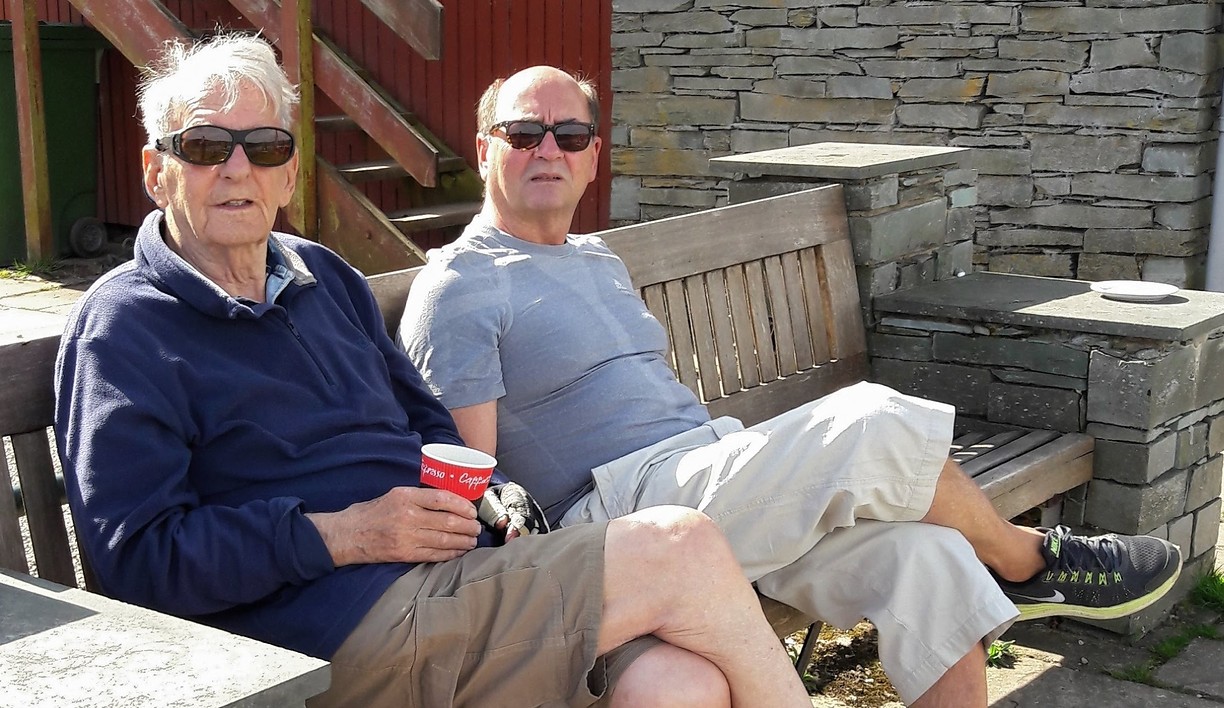